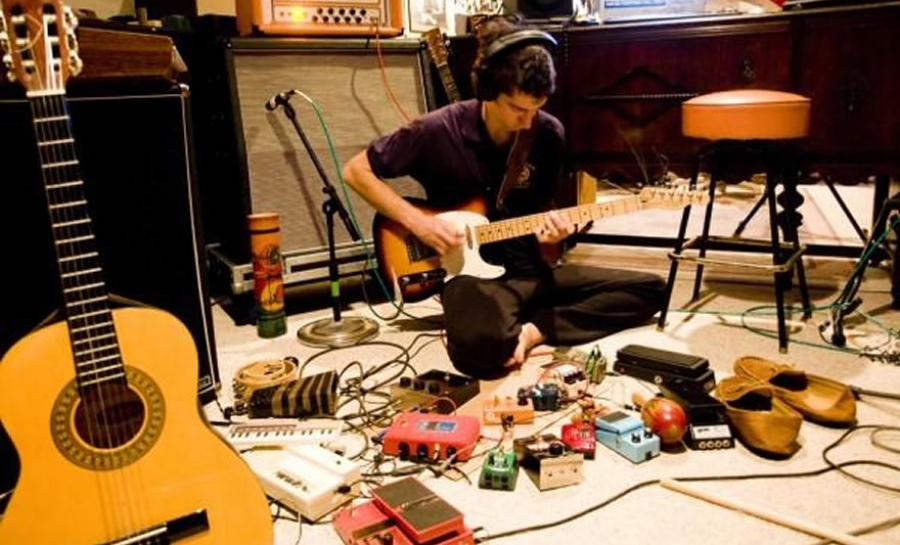 Steve Marion is not your average 23-year-old. Playing over 40 instruments, he's got some real musical prowess, which was first recorded at the mere age of 12.

Besides being an extremely driven perfectionist, he grasps some of the most technical of arrangements that many musicians can only dream of mastering. Years after that first recording, what started out as a solo instrumental project has grown into a strong five-piece group called Delicate Steve.

Based in New Jersey, the group is brimming with young talent--all members are range in age from 21 to 23. Their complex tunes flirt with tropicalia, African-inspired polyrhythms and include lovely pop hooks, but their overall instrumental sound is not quite as straightforward. With waves of sound effects, electronics, and layered sections, their music is far denser than it is delicate. But there is still a fun vibrancy that makes their sound light and danceable next to other experimental/instrumental music from bands like Battles (even though they have occasionally been compared to them).

While their debut album "Wondervisions" was just released this Feburary, the start-up project was quickly signed to Luaka Bop before most had the chance to even hear their early material. As popularly told, it was their charming personality as well as their style that won over the label--not to mention their growing fanbase.

Hear Steve tell the story behind the song, "Don't Get Stuck," and play live in the World Cafe performance studio at WXPN in Philadelphia.

Tagged under
More in this category: « Jason Isbell and the 400 Unit Rural Alberta Advantage »
back to top
Site Map | Help & FAQs | Privacy | Contact | Playlist | Public Inspection File | Public File Help
Copyright 2022 WXPN-FM / The Trustees of The University of Pennsylvania, All Rights Reserved
XPN.org is made possible with the generous support of XPN Members and our Business Sponsors.