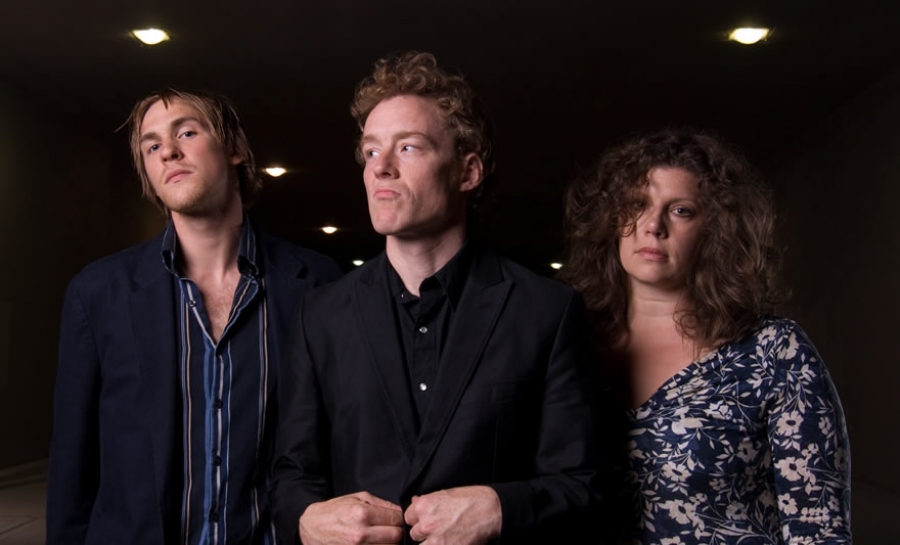 Noted for being pioneers in the “slowcore” movement, Minnesota veterans Low are back with the release of their latest album, "C’mon".

Recorded in an old church in their hometown, then mixed together in a Hollywood studio, this collection of ten tracks retains the echo-y feel of a church's vaulted walls but also exudes a kind of playfulness. Characterized by minimalist musical arrangements, slow and powerful tempos, and gorgeous vocal harmonies, Low has a distinct and unmistakable sound. On "C’mon" the band seems to embrace their pop sensibilities, using slightly slicker production as a filter for their pulsing sound. Of course, the harmonies of husband-and-wife Alan Sparhawk (guitar) and Mimi Parker (on drums) is still the centerpiece of Low’s sound. The fact that these two are able to harmonize so gently and subtly gives the music a chilling, otherworldly feel. Mention must also be made of bassist Steve Garrington, whose steady pulses help the songs maintain their powerful, hypnotic thump. Waltzing guitar lines, walloping rhythms, and mesmerizing vocals combine on "C’mon" to show that Low has truly perfected their unique, stunning sound.

"C'mon" is the ninth studio album from this indie-rock band that formed in 1993. The album features Nels Cline (lap steel, guitar), Caitlin Moe of Trans-Siberian Orchestra (violin) and Dave Carroll of Trampled by Turtles (banjo), and Low is promoting the release with an international tour this summer and fall. Stops include Chicago, Helsinki, Oslo, Vancouver, and Portland.

Hear the band talk about their recording experience and do a live studio version  of Nightinggale.

More in this category: « The Doobie Brothers Eilen Jewell »
back to top
Site Map | Help & FAQs | Privacy | Contact | Playlist | Public Inspection File | Public File Help
Copyright 2022 WXPN-FM / The Trustees of The University of Pennsylvania, All Rights Reserved
XPN.org is made possible with the generous support of XPN Members and our Business Sponsors.