Listen
You are here: World Cafe //   The Doobie Brothers 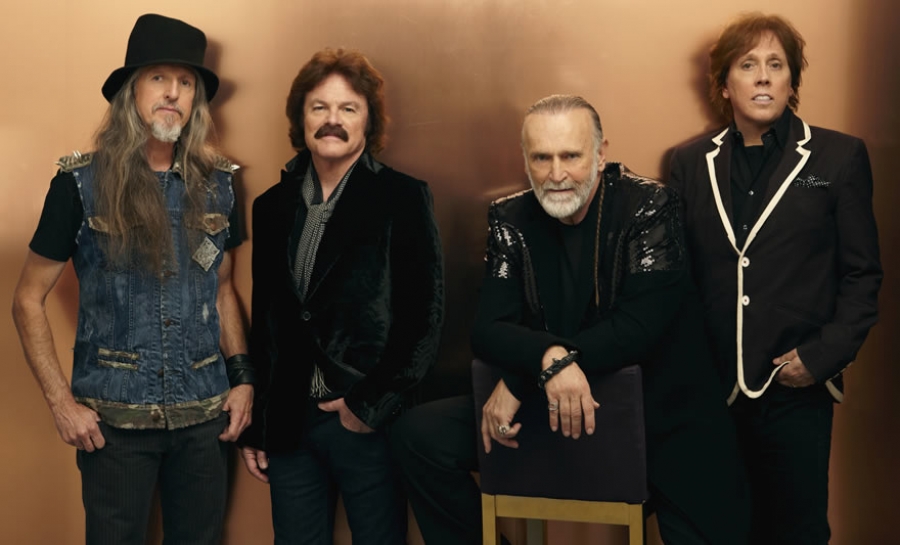 Hailing from California in the 1970's, The Doobie Brothers have become the definition of an all-American band.

What started out as leather-jacket, roots rock would evolve over 30 years into an fearless and all-encompassing sound, exploring aspects of blues, jazz, country rock and pure rock'n'roll. In many respects they are the type of band to listen to on a road trip with the car windows rolled down--their sound embraces grittily paved rock structures with an energetic hint of soulful country. But on the flipside, some of their work also harnesses a raw tenderness, exploring richer textures than one might expect from a straight-edged rock group. With that in mind, they have sold over 30 million albums in the US with over half of their albums going platinum or gold.

While The Doobie Brothers' lineup has changed numerous times over the years, the band has remained a solid entity. Following a few dry years in the mid 1980s, the Doobie Brothers have consistently released albums, though their emphasis has always been on live performances. Their thirteenth and most recent release, entitled "World Gone Crazy," has brought them to brand new heights in their career; evocative and unapologetic are just a few of the adjectives used to describe Pat Simmons and Tom Johnston's  songwriting. And as their highest charting album since the late 1980s, "World Gone Crazy" was well worth the five years it took to finalize.

Hear the band play live, including classics like "Long Train Runnin" and "Nobody," as well as the title track from their new CD, "World Gone Crazy," released in September of last year.

Tagged under
More in this category: « Jessica Lea Mayfield Low »
back to top
Site Map | Help & FAQs | Privacy | Contact | Playlist | Public Inspection File | Public File Help
Copyright 2022 WXPN-FM / The Trustees of The University of Pennsylvania, All Rights Reserved
XPN.org is made possible with the generous support of XPN Members and our Business Sponsors.