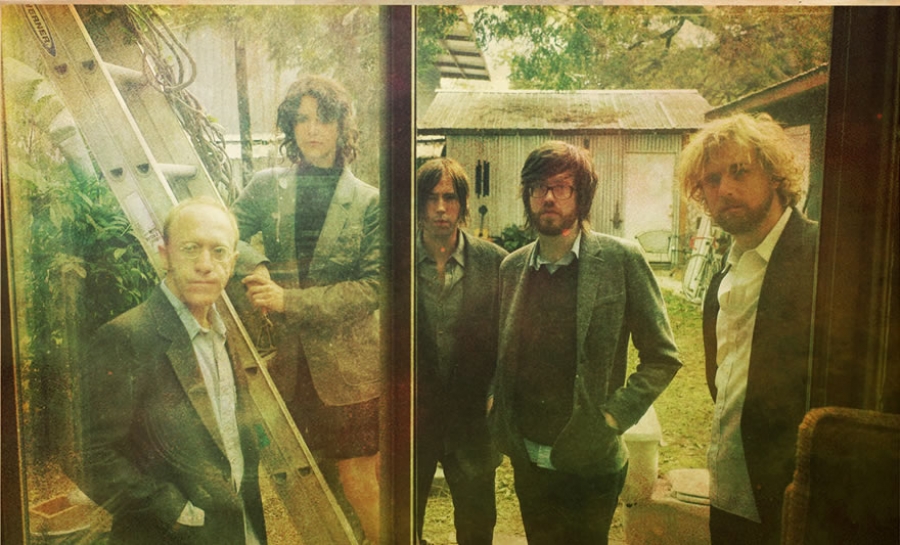 Okkervil River is an indie-rock band with folk influences and hailing from Austin, Texas.

Formed in 1998 by high school buddies from New Hampshire, Okkervil River went through the typical garage-band phase when after self-released a debut. The band, self-dubbing intriguing name from a Russian piece of fiction, paired with producer/engineer Brian Beattie in March of 2000. The result was the band’s first full-length album, "Don’t Fall in Love with Everyone You See". The debut was later picked up for release by indie label Jagjaguwar in 2002, and Okkervil River has been producing numerous EPs, compilations, and albums ever since.

A critics’ darling from inception, Okkervil River is keeping its numbers up.
The band’s recognizable lyrics and music—full of deep storytelling supported by emotional performances—combined with frontman Will Sheff’s quavery, paradoxically strong voice have built Okkervil River a sturdy reputation for satisfying, emotional music. Their last release, "The Stand Ins", was the band's highest-charting record, reaching 42 on Billboard 200, and critical reception wasn't half bad either. Now Okkervil River is back. "I Am Very Far" is their sixth release, and the Austin-based band is pushing their music to even greater limits.  Out on May 10, the album includes a string and horn section. Front man Will Sheff will also no doubt be adding what he learned from producing and collaborating with Roky Erickson and The New Pornographers during the band's break.

Okkervil River is currently on tour in support of "I Am Very Far", and they have stops scheduled in Arizona, Texas, California, and Iowa. If you missed the Live Friday performance and/or the Troc show, be sure to catch them on air!


Set List:
WE NEED A MYTH
RIDER
IN THE VALLEY