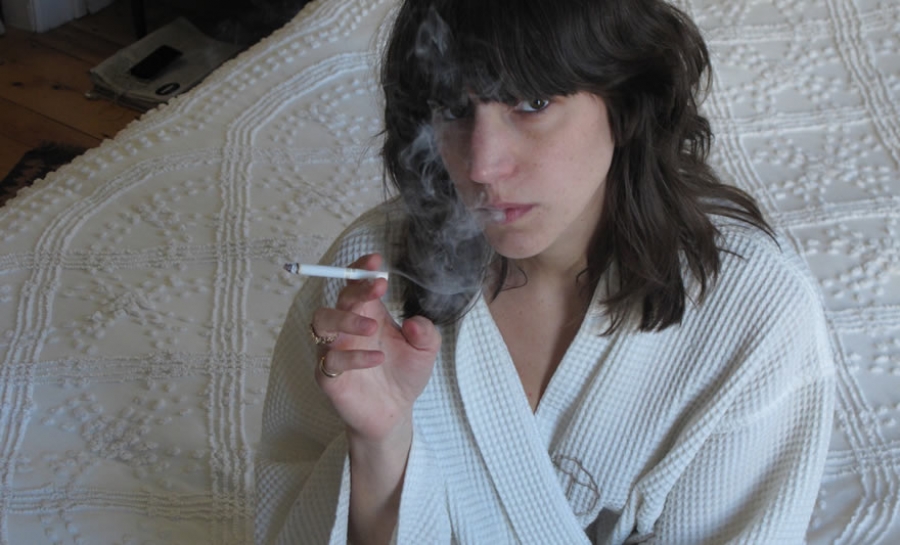 Eleanor Friedberger is one half of the well-known avant-garde indie act, The Fiery Furnaces.

She and brother Matthew grew up in a western suburb of Chicago, migrated to Brooklyn, and formed a post-college band together. Over the past decade, The Fiery Furnaces have released a total of nine albums and built a reputation on Eleanor's smooth, strong alto and their penchant for anything pop and playful. This past year, Eleanor decided to take bit more of a lo-fi, relaxed approach to her songwriting, and released her laid-back, perfect-for-summer solo debut.

"Last Summer" was written last summer, and it speaks to latent memories of hacked fire hydrants, front porch nights, and an endless stream of block parties. Its inspiration came from the last Fiery Furnaces release, when each of the siblings re-wrote several songs to their own tastes, and Eleanor produced some wonderfully homey and acoustic takes. Using her great inspirations, Led Zeppelin and Jorge Ben, Eleanor began crafting a series of entrancing melodies from summertime inspiration. Released on Merge Records, "Last Summer" achieved certifiable 'universal acclaim' on metacritic, meaning that the majority of critics gave it enthusiastic approval. As put by Tiny Mix Tapes, "There’s a cool grace to this album, a refreshing easiness with one’s life and experiences that gives it a genuine charm."

Eleanor Friedberger is currently touring in support of the recently released "Last Summer". She's got dates lined up this fall with Deerhunter, the Kills, and Wild Flag, stopping all across North America.

Set List:
Artist/SONG NAME/ALBUM NAME
I Won't Fall Apart On YOu Tonight
My Mistakes
Roosevelt Island
That Was When I Knew

Tagged under
More in this category: « Gorillaz On World Cafe T Bone Burnett »
back to top
Site Map | Help & FAQs | Privacy | Contact | Playlist | Public Inspection File | Public File Help
Copyright 2022 WXPN-FM / The Trustees of The University of Pennsylvania, All Rights Reserved
XPN.org is made possible with the generous support of XPN Members and our Business Sponsors.