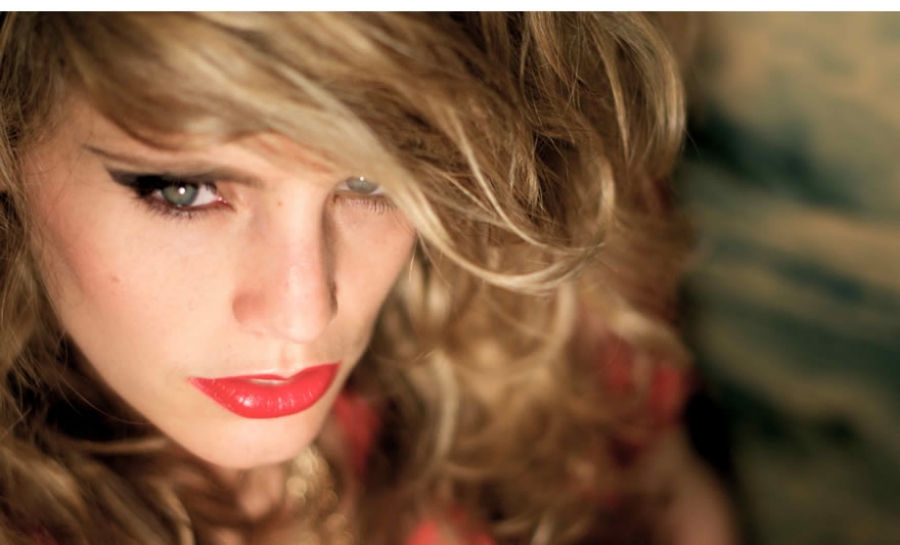 If ever there was a person who speaks through music, it would be Anna Calvi.

Universally described as a shy, quiet, non-assuming girl off stage, once this talented songstress has a guitar in her hands, the world stands still. Her intense, seductive live performances have helped her skyrocket to fame with the release of her eponymous debut--she's already been nominated for BBC's Sound of 2011 and the 2011 Mercury Prize, and garnered comparisons to PJ Harvey and Siouxsie. It's clear that music is an innate part of Calvi's identity, and she can best share herself while standing on stage, entrancing an audience.

Anna Calvi was raised across the pond, and her childhood was filled with a plethora of musical influences. From Maria Callas to Captain Beefheart and Beethoven to Django Reinhardt, Calvi heard it all, and when she began to privately coach her voice, she tried to emulate idols such as Edith Piaf. The result, after just five years, was the ability to charm fans and critics to a T. Her flair for dramatic visuals, couched in her impeccable timing and arousing alt-rock, led to her discovery by Brian Eno--and her subsequent discovery by much of the world. Calvi has since toured with the legend and included his work in her debut.

Anna Calvi currently has a slew of tour dates lined up throughout the rest of the fall, all in Europe. Stops include Sweden, Poland, Italy, Germany, and her native UK.

Tagged under
More in this category: « City and Colour Marques Toliver »
back to top
Site Map | Help & FAQs | Privacy | Contact | Playlist | Public Inspection File | Public File Help
Copyright 2022 WXPN-FM / The Trustees of The University of Pennsylvania, All Rights Reserved
XPN.org is made possible with the generous support of XPN Members and our Business Sponsors.