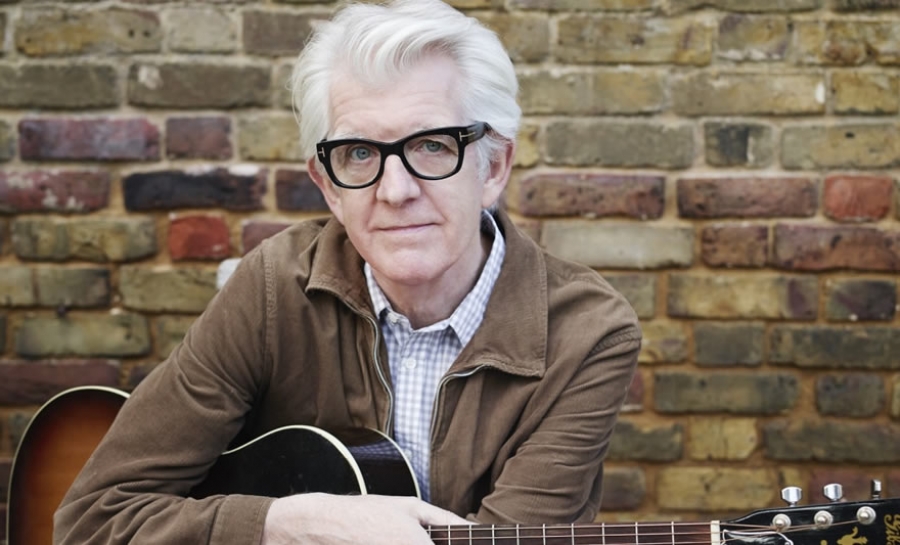 The English singer-songwriter, bass guitarist and producer Nick Lowe began his recording career in 1966 as part of the Kippington Lodge, a blues and country rock group.

By the mid '70s, Lowe left the group for another one named Rockpile. Under Stiff Records, he released the extremely popular hits such as “So It Goes.” In 1979, Lowe went solo and released one of his most popular hits “Cruel to Be Kind,” peaking at #12 on the Billboard Charts. Lowe continued to perform with members of Rockpile for many years and after the group ended, he worked solo. Over the years, Lowe has released thirteen studio albums, developed a musical kinsmanship with Johnny Cash, produced with Elvis Costello, and kept his music alive and evolving through time. As described by rock critic Jim Farber, Lowe has stepped away from his original pop-based New Wave. "Lowe's recent albums...moved him out of the realms of ironic pop and animated rock and into the role of a worldly balladeer, specialising in grave vocals and graceful tunes".

Lowe's latest is no exception. Entitled "The Old Magic", this collection of covers and ballads was released September 12th. It's a very masterfully crafted mix of American groove, something of a nod to early pop, produced by Lowe, Neil Brockbank, and Robert Treherne, and featuring covers of Elvis Costello, Tom T. Hall, and Jeff West as well as eight original songs. In support of the release, Lowe will be making appearances at festivals across the UK, including Isle of Wight. At the Glastonbury Festival, he performed a full band show on the Acoustic Stage.