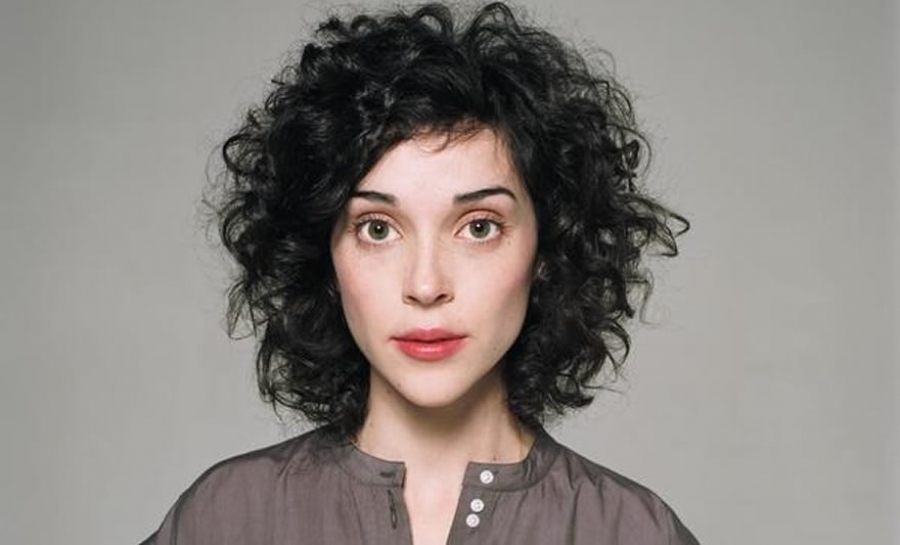 Hailing from Dallas, Texas, this young artist was a member of the Polyphonic Spree and Sufjan Steven's touring band before embarking on her solo career. She chose St. Vincent as her new moniker, referencing the hospital where Welsh poet Dylan Thomas died--“It’s the place where poetry comes to die,” she has said. “That’s me.”

Her first release as St. Vincent, 2007's "Marry Me", certainly embodied such a sentiment. St. Vincent was introduced as an artist that barrels along the line between happiness and madness, backing twisted musical arrangements with unusual instrumentation. In the time since, St. Vincent has been on stage with the likes of indie stars such as Death Cab for Cutie, Arcade Fire, Grizzly Bear, and Andrew Bird. Also, she's amassed a fan base that's nothing short of enthusiastic and released two more highly acclaimed albums, including her commercial breakout, 2009's "Actor."

As the follow up to the mad rock-pop combination of "Actor," 2011's "Strange Mercy" is a mix of chamber rock, indie pop, and cabaret jazz. It's an album full of raw sound and emotions, quoting from Marilyn Monroe journal entries and '70s French New Wave films. After appearing on NPR and Pitchfork's list of Best New Music, "Strange Mercy" is already making waves in the short time since its release. St. Vincent has done it again with "Strange Mercy," creating a universe where guitars scream as loud as voices, and music is a looking glass into irrationality--all the while packaging it in some really enjoyable pop.

Tagged under
More in this category: « Low Cut Connie On World Cafe World Cafe Encore Week: Revisiting The Past Year Of Studio Sessions »
back to top
Site Map | Help & FAQs | Privacy | Contact | Playlist | Public Inspection File | Public File Help
Copyright 2022 WXPN-FM / The Trustees of The University of Pennsylvania, All Rights Reserved
XPN.org is made possible with the generous support of XPN Members and our Business Sponsors.