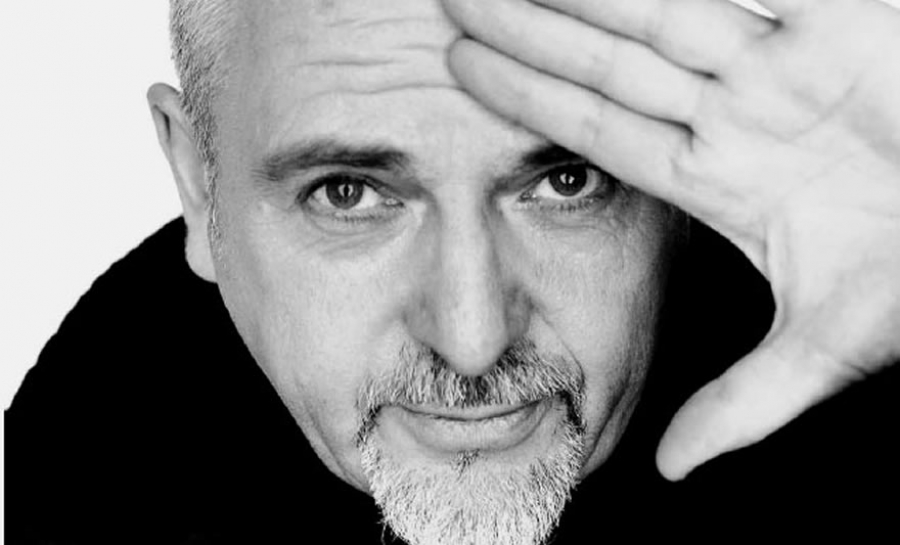 Peter Gabriel is one of the best-known names on the planet when it comes to prog rock.

First fronting the legendary art-rock band Genesis from 1967 to 1975, then creating a more-than-successful solo career for himself, Gabriel has also found time to become an effective humanitarian and in-demand producer. Over the years, he's received multiple awards for his many pursuits, from Grammys to Oscars to Nobel recognition.

Peter Gabriel was born in Surrey, and while in school in the UK, he founded Genesis with classmates. The band gained notoriety for Gabriel's flamboyant costumes on stage and its special brand of pop-rock, which soon became known as prog rock. After Gabriel left Genesis, he went on to release thirteen critically acclaimed, unique albums, whether  incorporating world music, personal themes, or collaborating with the likes of Kate Bush or Phil Collins. He's now on his fourteenth release (ninth studio album overall), the aptly titled "New Blood". This 14-track collection features orchestral re-recordings of much of Gabriel's old work. Laboring with acclaimed composer and arranger John Metcalfe, Gabriel is offering much of his work in a new light, stripping away guitar and percussion to focus on lyrics--all backed by a 46-piece orchestra.

Currently, Gabriel has a number of dates listed for his South America/Mexico tour this November, with stops in Sao Paulo, Buenos Aires, and Mexico City.