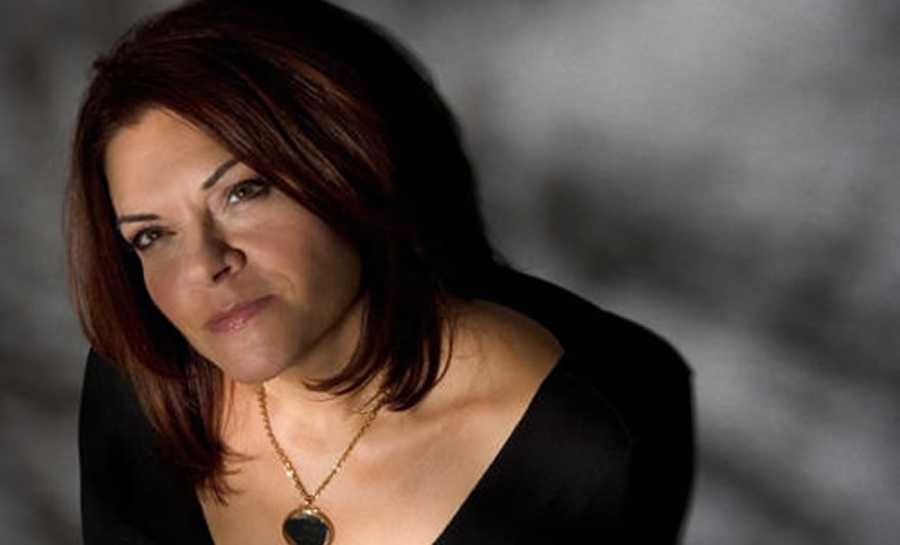 The daughter of country superstar Johnny Cash, Rosanne Cash has built an impressive reputation of her own with a unique brand of country music.

Generously blending blues, folk, pop, and rock, Cash's music has served as an influence for many contemporary singer/songwriters. Born to Johnny Cash and his first wife Vivian Liberto, Rosanne Cash released her first album in 1979 and thereafter recorded a stream of chart-topping hits. In addition to her two gold records, she has received multiple Grammy nominations, and was named Billboard's Top Singles Artist in 1988. Throughout the '90s, Cash continued to release highly acclaimed albums, including her 12th (and latest) in 2009, "The List". That disc was based on a list that Rosanne's famous father gave her - a list of what he saw as the 100 greatest country songs. Cash picked 12 of the 100 for the album, which features guest performances by the likes of Springsteen and Costello.

The World Cafe has been lucky enough to feature Roseanne Cash more than once, and this show is a combination of two of her most intimate interviews. The first two thirds are from the 2006 interview, in which Cash  presents her dark and beautiful alt-country release, "Black Cadillac". Produced by her husband, it was written after the loss of her stepmother, June Carter Cash, and father, Johnny, who both died in 2003; her mother, Vivian, Johnny's first wife, also passed away just as Rosanne was finishing the record in 2005.  The interview explores how this profoundly impacted her songwriting and she plays live.  The last se`gment is from her 2009 interview, revolving around "The List".  Both Cash and her husband, John Leventhal, discuss the production of this album based on Johnny Cash's list of country greats.