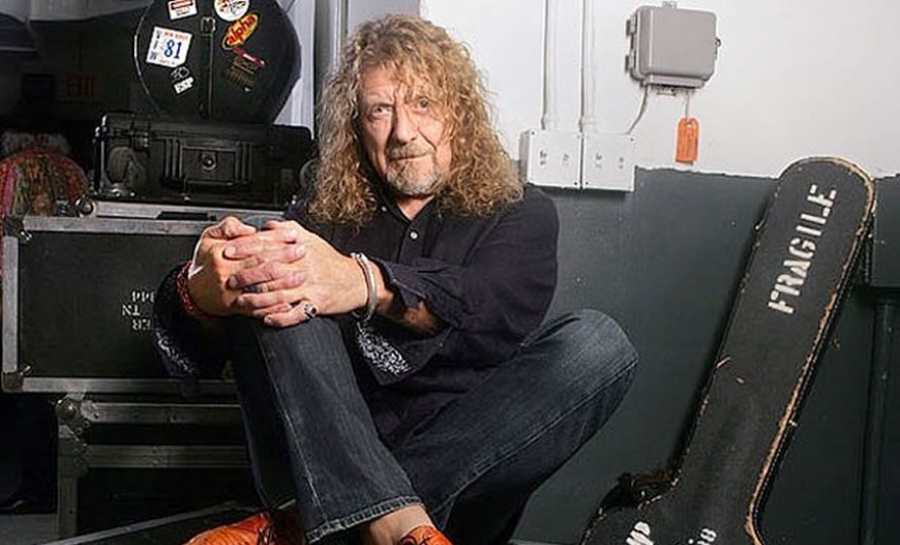 Born in the UK, he left home as a teen to pursue a musical career, and quickly developed a deep understanding of blues rock. He has since been a major figure in rock for over 40 years, and while his fame may have begun with Led Zeppelin, it has quickly evolved beyond that for the insatiable curosity and desire for innovation that Plant brings to rock. He's created an enormously successful solo career as well as participated in numerous award-winning collaborations. Most importantly, he's had a lasting impression on rock artists all over--he's a living legend, often included at the top of among most influential and best singer lists.

Plant has been on World Cafe several times, and today we'll revisit three different sessions from 2007, 2005, and 2002. We begin with the latest session, 2007's interview featuring Plant and his fellow musician Alison Krauss, one of the most accomplished bluegrass singers of the last few decades.  As a vocalist and a fiddler, Krauss has been instrumental in bringing folk and bluegrass music to a wider audience; in 2007, she and Plant joined forces to release "Raising Sand". Recorded in Nashville and Los Angeles with legendary producer T Bone Burnett, the album features the unusual duo interpreting blues, R&B, folk, and country numbers by classic songwriters like Townes Van Zandt, Mel Tillis, and Doc Watson.  “Raising Sand” won Album of the Year at the 2009 Grammy Awards. In this session, the pair discuss how they first discovered each other’s music and tell stories from from the recording process.

Next up is an appearance in 2005. With his backing band Strange Sensation, Plant had just released "The Mighty Rearranger" – a blend of world and Western music that featured World Cafe favorite "Shine It All Around." He was joined with co-writer Justin Adams, and the two discuss their inspiring trip to Mali to the Festival of the Desert. Plant also opines on what it means to continue on in the music after many successful decades.

Finally, we travel farther back to 2002, when Plant had just released "Dreamland", his seventh solo album and also his first with the band Strange Sensation. In this interview, Plant discusses his personal philosophy and early inspirations--world music and Bert Jansch, to be exact. He also talks about Tim and Jeff Buckley, and their influence on his singing. Finally, he talks about pledging a Portland public radio station so it would never play "Stairway to Heaven" ever again.

Don't miss this celebration of all things Robert Plant on the World Cafe today.

More in this category: « Beck World Cafe Nashville: Birdtalker »
back to top
Site Map | Help & FAQs | Privacy | Contact | Playlist | Public Inspection File | Public File Help
Copyright 2022 WXPN-FM / The Trustees of The University of Pennsylvania, All Rights Reserved
XPN.org is made possible with the generous support of XPN Members and our Business Sponsors.