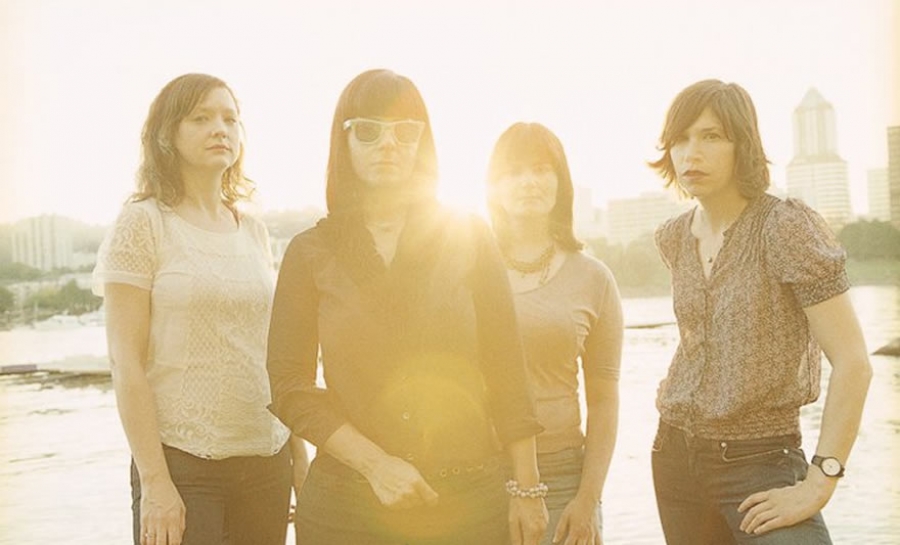 Wild Flag is a power couple if a power couple can ever have four members: their intense, brilliant success is due to the fact that every member is a valuable veteran of the indie rock scene

, and they came together under the premise that they really should have started playing together ages ago because, as guitarist Carrie Brownstein phrased it, "we could be greater than the sum of our parts."  With so much chemistry they might spontaneously combust, the four female members of Wild Flag create pop that fuses punk and rock.

They took an interesting approach to marketing their new endeavor when Carrie Brownstein, Mary Timony, Rebecca Cole and Janet Weiss finally came together in 2010.  Each musician came from a different band, and they represented groups such as The Minders, Sleater-Kinney, Stephen Malkmus and the Jicks, and The Spells.  They announced their decision to start a band via NPR - Carrie was writing a blog at the time, Monitor Mix (http://www.npr.org/blogs/monitormix/), but gave fans very little information and no music to go off of.  They released a single on April 16 2011, and a second single on June 18 and then began to tour.  Their first show was to 200 fans in Olympia, Washington who virtually didn't know what the band sounded like.  Not surprisingly, Wild Flag deserved the adoration that had been building during their mysterious, suspenseful rise to existence. Last month they did a show at the new Union Transfer in Philly and The Key, Philly's Best Music Blog, (http://thekey.xpn.org/2011/10/tonights-concert-pick-wild-flag-at-union-transfer/) described their new CD as "bring(ing) back teenage memories of angst-ridden nights spent at rock shows in dingy basements." Their self-titled debut album came out September 14, to high praise from the music community.

Wild Flag is currently touring the country to promote their debut album.  Hear the band talk about their different styles, how they came together as a band, and play three live songs from their album, including "Future Crimes."


Set list:
SOMETHING CAME OVER ME
FUTURE CRIMES
ROMANCE