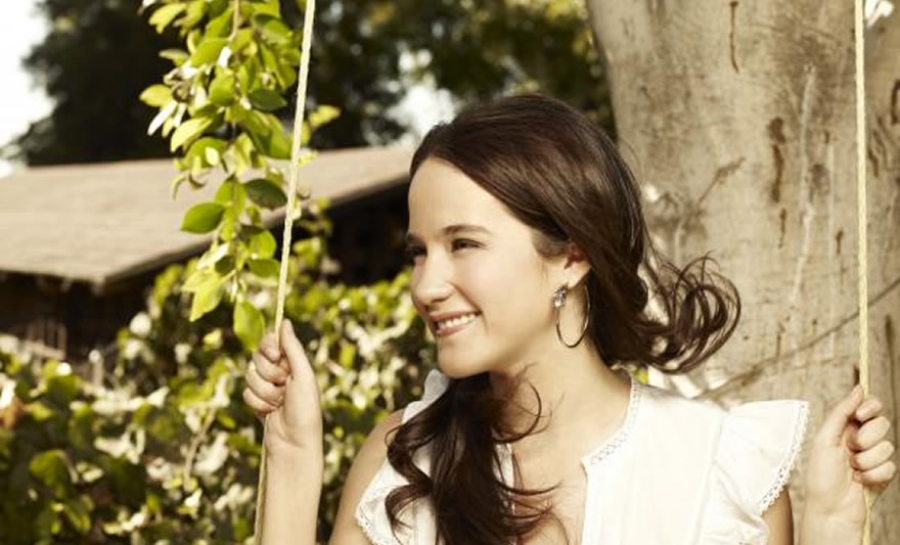 Mexican singer-songwriter Ximena Sariñana first flexed her creative muscles in a role on the telenovela Luz Clarita, until she discovered a passion for music by composing scores for her father, a film director.

Now with two critically-acclaimed albums under her belt, she's a household name in her home country as well as a burgeoning international star.

Scarcely 25 years old, Sarinana sold over a hundred thousand copies of her first album, Mediocre, in Mexico alone.  She's since moved to Los Angeles, where her eponymous follow-up (and English-language debut) won her rave reviews, a performance on the Tonight Show with Jay Leno, and a headlining US tour.  Her upbeat sound is a diverse blend ranging from Motown to electropop, corralled by sultry voice that's drawn comparisons to Fiona Apple and Cat Power.  At once fiery and artful, Ximena Sarinana has the feel of an iconic album that makes you wonder why you hadn't heard it yet.

Hear Ximena play live and talk about how she first decided to make an English record in the U.S.

Tagged under
More in this category: « Washed Out The Zombies »
back to top
Site Map | Help & FAQs | Privacy | Contact | Playlist | Public Inspection File | Public File Help
Copyright 2022 WXPN-FM / The Trustees of The University of Pennsylvania, All Rights Reserved
XPN.org is made possible with the generous support of XPN Members and our Business Sponsors.