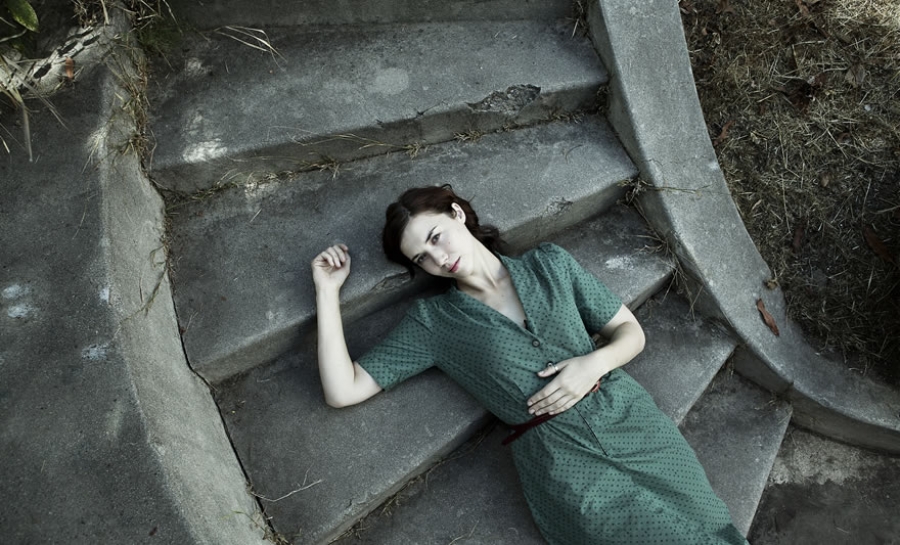 Lisa Hannigan's voice should sound familiar in the best way possible.  Her music career took off in 2001 when she began what would be a six-year collaboration with Damien Rice that included singing vocals on most of the tracks from his album "O" and lead on his song "9 Crimes."

In 2007, she split from Rice to begin a solo career and a year later, her debut album, "Sea Sew," was released in Ireland on the label, Hoop.  "Sea Sew" met instant critical acclaim.  She was nominated for the Mercury Prize, two Meteor awards, Choice Music's Irish album of the year and won four Hot Press Readers' Poll awards.  It's easy to understand why-- her voice is alluringly raspy and her Irish accent is a major asset in the delivery of her unpredictable and off-rhymed lyrics.

Her second album, "Passenger," was released in September and peaked at number one on the Irish Albums chart. She is currently touring the US and Canada with "Passenger," and had a chance to talk to World Cafe's Michaela Majoun.  In the interview, Hannigan talks about how her collaboration with Damien Rice prepared her for a solo career, how she's drawn inspiration from jazz and opera, and she discusses her battle against her wikipedia page.  She also plays four live tracks: "Passenger," "Oh Sleep," "Little Bird," and "Knot."

Tagged under
More in this category: « Paul Simon Kississippi On World Cafe »
back to top
Site Map | Help & FAQs | Privacy | Contact | Playlist | Public Inspection File | Public File Help
Copyright 2022 WXPN-FM / The Trustees of The University of Pennsylvania, All Rights Reserved
XPN.org is made possible with the generous support of XPN Members and our Business Sponsors.