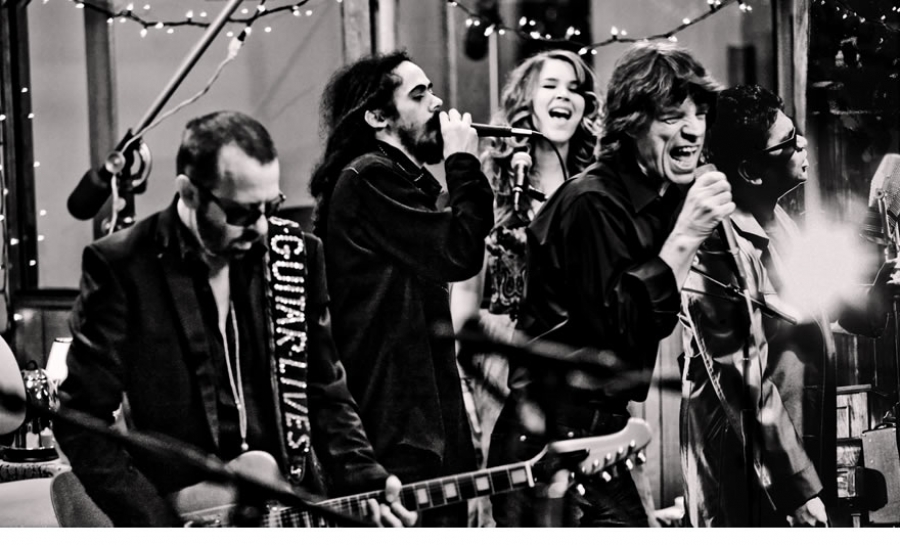 Eleven Grammys between them and five distinct voices, supergroup, Superheavy's self-titled debut album was released on September 16 by A&M Records.

Self-described, reggae fusion band, SuperHeavy comprises Mick Jagger, the Eurythmics' Dave Stewart, soul singer Joss Stone, reggae star Damian Marley, and Academy Award winning composer A.R. Rahman (Slumdog Millionaire). At twelve songs and roughly fifty minutes, SuperHeavy's self-titled release is an intriguing medley of genres.  Songs like "One Day One Night" blend Indian and Jamaican rhythms with electronica and blues, while "Energy" features Marley (son of Bob) rapping over a dance beat that evokes the Rahman-composed Slumdog Millionaire.  This worldly feel is no accident: the concept behind SuperHeavy was to put a group of musicians from different cultures in a studio and see what they create.  A tour might lurk on the horizon as the group awaits the world's reaction to its debut.

Hear the band play live and talk with WXPN's Michaela Majoun about their secret recording process and putting together the album, released in September. Check out the band's video, "Miracle Worker," at http://www.superheavy.com/ and download a song there too!