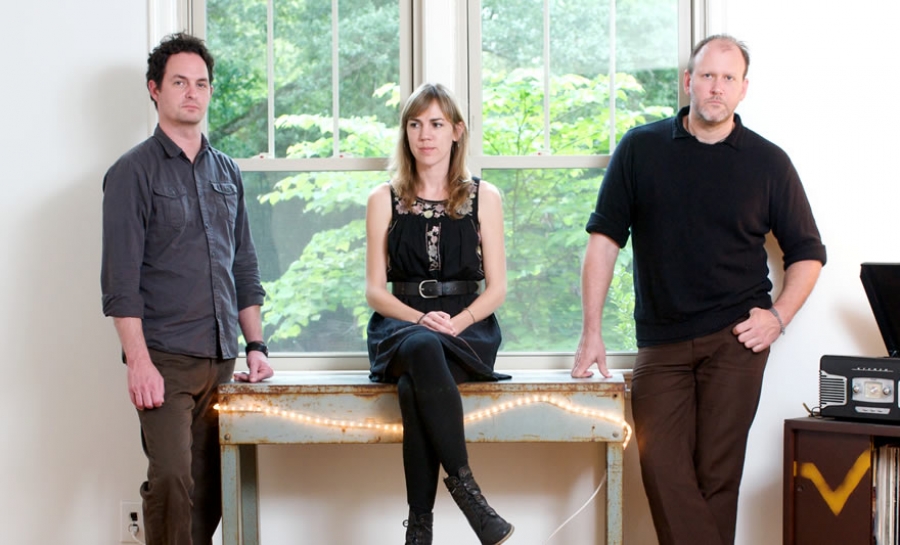 Eric Bachmann can't stay away from music. This talented singer-songwriter first caught the eye of indie rock-pop aficionados in the '90s with his Chapel Hill outfit, Archers of Loaf. He debuted a new project in 2000 called Crooked Fingers

, whose stripped down folk-rock is the focus of today's show. Over the last decade and half, Bachmann orchestrated five full-lengths and a couple of EPs, as well as a creepy and ingenious film score for Ball of Wax. Drawing comparisons to Americana greats such as Tom Waits, Leonard Cohen, and Nick Drake, Bachmann's Crooked Fingers has imbued all of these influences and more in his latest release, "Breaks in the Armor".

The genesis of "Breaks" began when Bachmann moved to Taipei to teach English in an effort to escape the music business for a while. In today's interview, Bachmann details how he bought a guitar within two weeks of arriving in Taiwan and commenced writing what would become "Breaks in the Armor". Recorded by Matt Yelton (the Pixies' sound engineer) and featuring backing vocals by Liz Durrett, "Breaks" is retrospective and often solemn, moving through poetic picture of past regrets--all enhanced by the rough voice and heavy folk of Bachmann. In this interview, David and Eric discuss the process of making "Breaks in the Armor", and also touch on the Archers of Loaf reissues of late.

More in this category: « Yuck Belly On World Cafe »
back to top
Site Map | Help & FAQs | Privacy | Contact | Playlist | Public Inspection File | Public File Help
Copyright 2022 WXPN-FM / The Trustees of The University of Pennsylvania, All Rights Reserved
XPN.org is made possible with the generous support of XPN Members and our Business Sponsors.