Listen
You are here: World Cafe //   The Little Willies 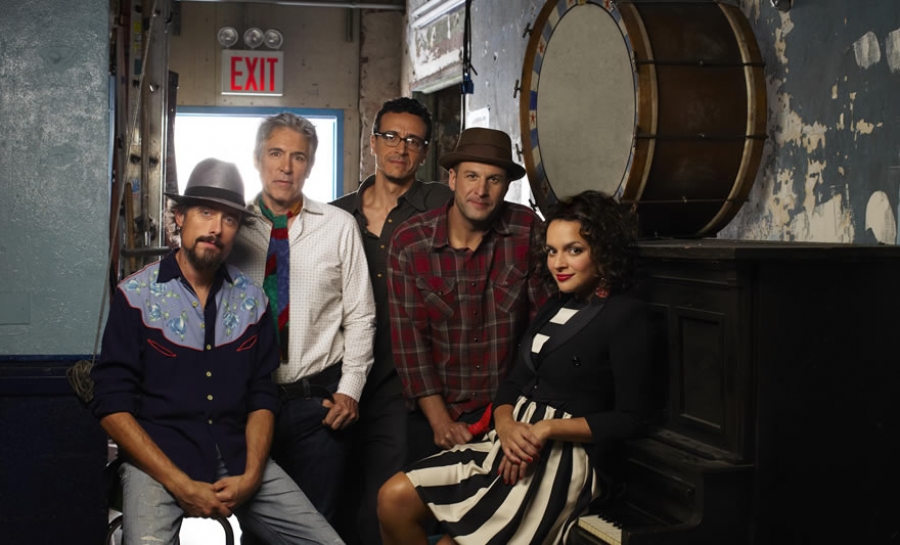 The informal formation of The Little Willies speaks of its members' chemistry and love for country music classics (After all, its moniker is a tribute to country music legend Willie Nelson).

Comprised of Norah Jones (piano, vocals), Richard Julien (vocals), Jim Campilongo (guitar), Lee Alexander (bass), and Dan Rieser (drums), this collective got its start in 2003, playing at New York City's Live Room for just sheer enjoyment. It soon became clear to audiences and the musicians alike that The Little Willies' energy and talent wasn't made for a one-time show. The Little Willies released an eponymous debut in 2006 full of Townes Van Zandt, Hank Williams, and Willie Nelson covers, and six years later, they're back with the followup "For the Good Times".

Released in the beginning of January, "For the Good Times" is just as easy-going and effortless as its predecessor. Filled with new spins on wonderful country classics, this album features work from Loretta Lynn, Johnny Cash, and Dolly Parton. The result is relaxed, intimate listening that is always interesting. In today's show, David and the members of The Little Willies discuss the band's orgin, performing at the Grand Ole Opry, and play some favorite tunes from "For the Good Times".

Tagged under
More in this category: « Snow Patrol Soccer Mommy On World Cafe »
back to top
Site Map | Help & FAQs | Privacy | Contact | Playlist | Public Inspection File | Public File Help
Copyright 2022 WXPN-FM / The Trustees of The University of Pennsylvania, All Rights Reserved
XPN.org is made possible with the generous support of XPN Members and our Business Sponsors.