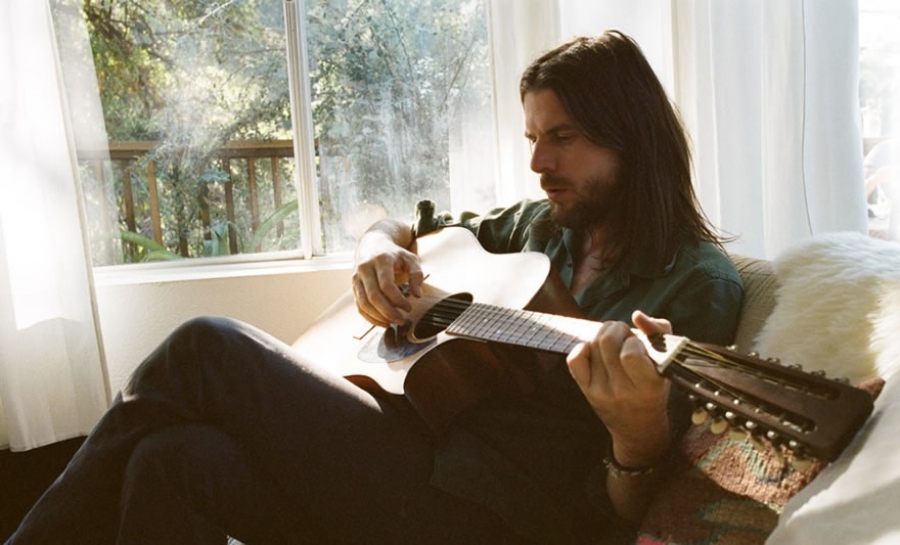 Jonathan Wilson is overflowing with the power of music, as evidenced by his debut, "Gentle Spirit".

The album is 78 minutes, with several songs clocking over six minutes. That's a lot of material for a debut, but Wilson is no newbie to the music world. He's worked with Elvis Costello, Robbie Robertson, and Jackson Browne. He's helped bring back the Laurel Canyon folk sound, and his abilities as a multi-instrumentalist, songwriter, and producer are of no small significance.

The album "Gentle Spirit" got its start in Laurel Canyon, the famous LA mecca for folk. The result was a mix of his influences and experiences. Soulful and folk-filled, "Gentle Spirit" was written in between performances, on the road, and with the a conscious effort to capture a 'dreary day in the canyon', as Wilson put it. The result is a mesmerizing mix of dreamy pop, incorporating country and rock'n'roll elements as well. Wilson carefully focuses on the instrumentation, often using his voice as a quiet piece of the composition. Featuring contributions from Gary Louris (Jayhawks), Andy Cabic (Vetiver), and bassist Gerald Johnson, "Gentle Spirit" is an accomplished and artistic offering.

Set List:
CAN WE REALLY PARTY TODAY?
THE WAY I FEEL
DESERT RAVEN

More in this category: « Squirrel Nut Zippers On World Cafe Superorganism On World Cafe »
back to top
Site Map | Help & FAQs | Privacy | Contact | Playlist | Public Inspection File | Public File Help
Copyright 2022 WXPN-FM / The Trustees of The University of Pennsylvania, All Rights Reserved
XPN.org is made possible with the generous support of XPN Members and our Business Sponsors.