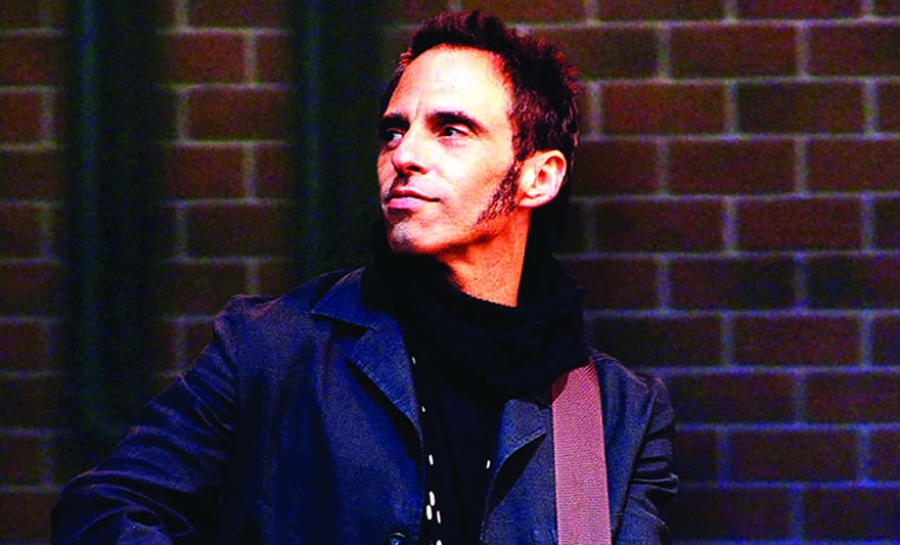 Nils Lofgren has built himself a stellar reputation over the years as a sessionist, playing with Neil Young and as a member of Bruce Springsteen's E Street Band. He's also built up quite the solo career

, founded on his own brand of virtuoso, high energy blues rock. His passion for music began early with years studying classical accordion and jazz. But Lofgren found his true calling in American rock, and his extensive discography conveys as much. Since the 1970s, Lofgren has released over forty solo albums as well as plenty of collaborations with Neil Young, Lou Reed, Bruce Springsteen, and his early band Grin. The passage of time and two recent hip replacements (partially because of his on-stage gymnastics) haven't slowed down Lofgren--his latest release came out just this past December, and "Old School" is just as gritty and rocking as any classic Lofgren album.

The Washington Post aptly describes "Old School" as 'alternately rueful and upbeat', and though this is Lofgren's first release in five years, it's evident that his ability to blend nostalgia and hot rock is only maturing over the years. With song titles such as "60 is the New 18" and "Ain't Too Many of Us Left", this release evinces the aging of America's iconic rockers...but the anthemic and blisteringly quick guitar solos of "Old School" will never get old. Featuring guest vocalists Paul Rodgers, Lou Gramm and Sam Moore, "Old School" is a strong and thoughtful release.

Set List:
IF I SHOULD FALL BEHIND
MISS YOU RAY
LONG MAY YOU RUN
NO MERCY

More in this category: « Laura Veirs On World Cafe Field Report On World Cafe »
back to top
Site Map | Help & FAQs | Privacy | Contact | Playlist | Public Inspection File | Public File Help
Copyright 2022 WXPN-FM / The Trustees of The University of Pennsylvania, All Rights Reserved
XPN.org is made possible with the generous support of XPN Members and our Business Sponsors.