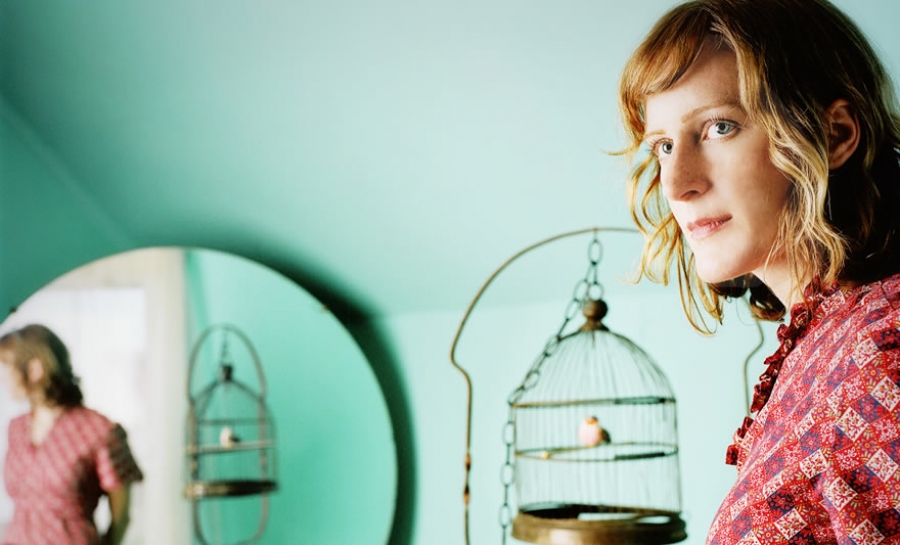 On her new album, La Grande, Laura Gibson's hushed voice is as quiet as ever, but her songs are louder and more complex, resulting in a surprising and stunning musical contrast.

The potential for this sort of musical expansion was hardly hinted at in her previous discography.  Simplicity and lack of volume characterized Gibson's earlier music.  Her quiet impressiveness not only attracted serious attention for her first two albums, but actually inspired the Tiny Desk Series.  Gibson's music created intimacy and mediated on mortality.  It was serious without being heavy, dark but delivered with a light touch.

La Grande sounds the way it's pronounced-- grand.  She worked with a number of notables on this release, including two members of the Dodos and two members of the Decemberists.  Yet, La Grande never gets too big.  It has texture-- every sound mixed, from glockenspiel to muted guitar picking, can be heard distinctly; each voice can be heard in the harmonies.  Carefully layered and delicately balanced, La Grande is an album with as much poise and grace as Gibson herself.

Tagged under
More in this category: « The Decemberists On World Cafe Nathaniel Rateliff & The Night Sweats On World Cafe »
back to top
Site Map | Help & FAQs | Privacy | Contact | Playlist | Public Inspection File | Public File Help
Copyright 2022 WXPN-FM / The Trustees of The University of Pennsylvania, All Rights Reserved
XPN.org is made possible with the generous support of XPN Members and our Business Sponsors.