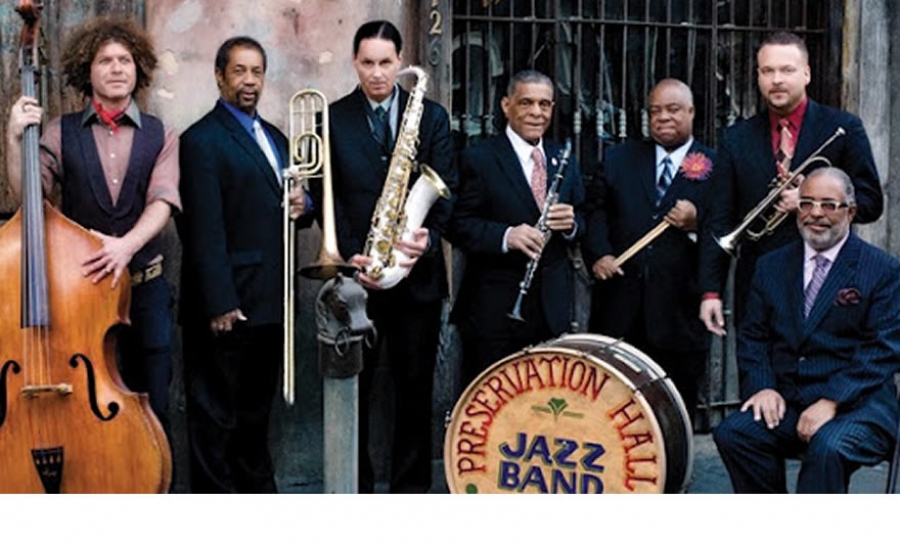 World Cafe with host David Dye presents a special performance at the Preservation Hall Jazz Band, recorded in the birthplace of jazz.

It's a special a 'tuba summit' in two parts, focusing on the tuba players from some New Orleans band staples, and their connection to the famous Preservation Hall Jazz Band. Ben Jaffe is the current director of the PHJB and from good New Orleans stock--in fact, his parents founded the Hall. The PHJB is world-renowned, playing at Carnegie Hall and for British Royalty in their quest to bring true New Orleans jazz to the everyone. He plays the sousaphone, upright bass, and banjo. Phil Frazier, another tuba player, is also at the heart of a renowned New Orleans jazz group, which he founded while in high school 27 years ago. The Rebirth Brass Band is true to its name, bringing hope to a city that's been through a lot--they played across the states for evacuees during Katrina. Kirk Joseph is the third skilled tuba player in this group, and he helped found Dirty Dozen Brass Brand, which has revived much of the brass band culture in New Orleans today. Joseph is known for his modern tuba style, incorporating elements Dixieland jazz and funk.

In this interview, David talks with Jaffe about the deeply fascinating history of PBHJ, and its decades-long history of prestigious touring. Next up is a discussion of the evolution of the tuba in a band with Joseph and Frazier. They compare it to the quarterback of a football team--there's only one, and it's a key position. The session is rounded out by a number of jazz pieces, recorded live.

More in this category: « I'm With Her On World Cafe Sunflower Bean On World Cafe »
back to top
Copyright © 2022. xpn.org. Designed by Shape5.com Joomla Templates
Desktop Version