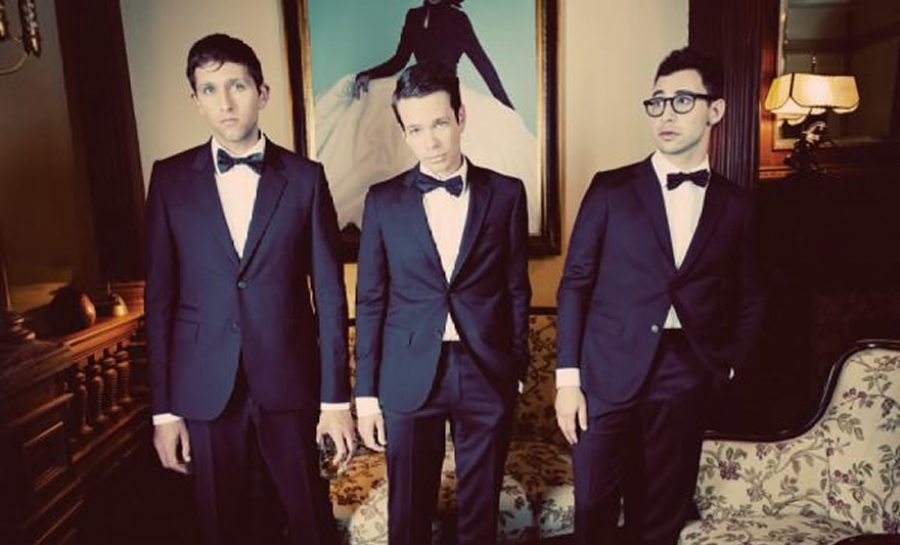 Fun. That's the name of the pop-rock trio from New York that's making waves for their spunky and theatric meld of genres.

It all began when frontman and Arizonian Nate Ruess was coming off of the break up of his seven-year band, The Format. He invited Andrew Dost (Anthallo) and Jack Antonoff (Steel Train) to join him in creating a new project, and within a week the three were together on the East Coast, hashing out melodies and instrumentation. Just a few years later, Fun. has released two full-lengths, collaborated with the likes of Janelle Monae and Panic at the Disco!, and climbed the charts with the strength of their new infectious single, "We Are Young".

The latest release from Fun. is "Some Nights", and it has pulled the trio into an international spotlight and mainstream success. The lead single, "We Are Young", features R&B songstress Janelle Monae and could very well become this year's youth anthem. "Some Nights" was produced by Jeff Bhasker (Kanye West, Beyonce) and its bold, organic genre-mixing (indie pop, theatric rock, hip-hop all included) is nothing short of mesmerizing. In this interview, the members of Fun. discuss their use of auto-tune with David Dye. Frontman Ruess describes the chemistry of the trio, and how the fact that they're all a bunch of romantics comes through the music. Playing from their latest release, Fun. outline their journery together over the past few years.

Set List:
CARRY ON
WE ARE YOUNG
ALL ALRIGHT

Tagged under
More in this category: « World Cafe Nashville: Caitlyn Smith Heartless Bastards »
back to top
Site Map | Help & FAQs | Privacy | Contact | Playlist | Public Inspection File | Public File Help
Copyright 2022 WXPN-FM / The Trustees of The University of Pennsylvania, All Rights Reserved
XPN.org is made possible with the generous support of XPN Members and our Business Sponsors.