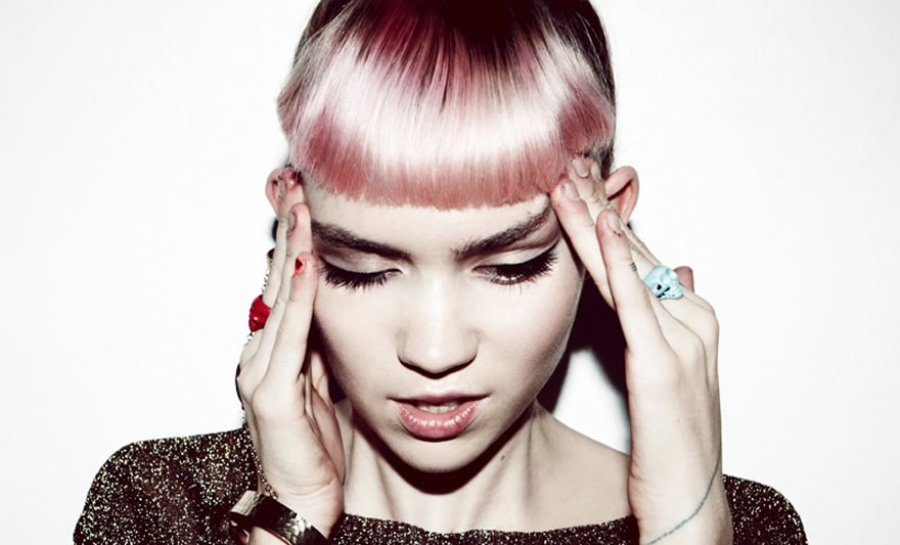 Grimes is the one-woman project of Claire Boucher, a talented and artistic Canadian songstress. Born and raised in Vancouver, she moved to Montreal for college but left to pursue her craft when Grimes began to take off. Marrying lo-fi punk with a dream-pop aesthetic, Grimes quickly became a fixture in the DIY underground music movement in Montreal.

Boucher incorporates elements of dance, video, 2D images, and of course music into her performances, creating an otherworldly and entrancing experience for her audiences.

"Visions" is the latest Grimes release, and its commentary on the tensions between machine and man has led critics to describe the album as 'cyborg-pop'. It's Boucher's fourth release in two years, a feat only all the more impressive given the changing influences of each album. One can hear Boucher's affinity for Enya, TLC and Aphex Twin, as well as genres such as New Age, electronic, and industrial rock in this release. The end result is unearthly and ultimately sensual, building a greater fanbase for Grimes across North America.

Set List:
GENESIS
VANESSA
SYMPHONIA IX (MY WAIT IS U)

Tagged under
More in this category: « Of Monsters and Men Emeli Sande »
back to top
Site Map | Help & FAQs | Privacy | Contact | Playlist | Public Inspection File | Public File Help
Copyright 2022 WXPN-FM / The Trustees of The University of Pennsylvania, All Rights Reserved
XPN.org is made possible with the generous support of XPN Members and our Business Sponsors.