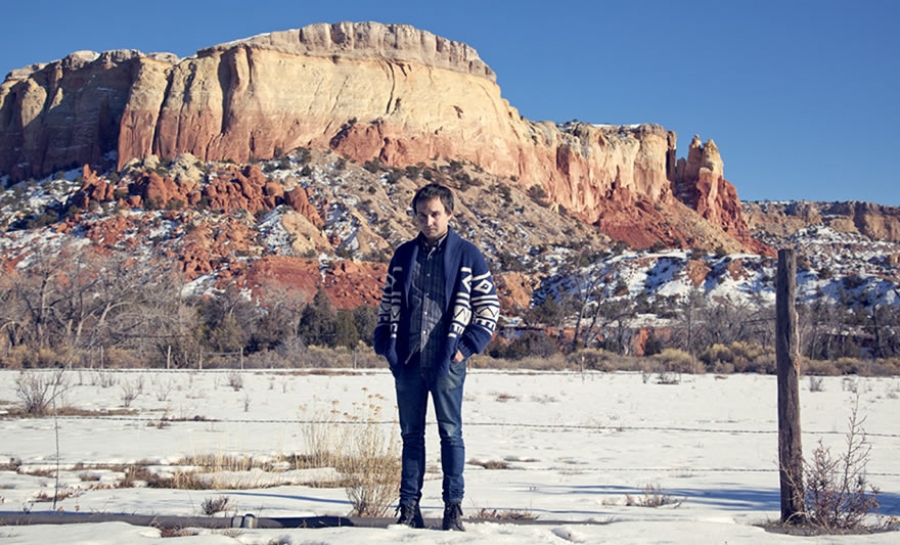 By now, Daniel Rossen's name is synonymous with the kind of raggedy, whimsical, airy music that he writes.  A contributing song writer and musician in Grizzly Bear, Rossen often saved his more personal compositions for his other band, Department of Eagles, both of which have roots in Rossen's undergraduate years at NYU.

Both bands saw success, and Rossen continued to work in both projects.  Over time, Department of Eagles and Grizzly Bear began to overlap and blur together as members crisscrossed between bands.  Yet, even in this abundantly creative environment, Rossen needed another outlet.

With his first solo EP, Daniel Rossen found another channel for his music.  On "Silent Hour/Golden Mile", Rossen sounds nostalgic and distant, while simultaneously creating music that is emotional and immediate.  It goes without saying that his heroes are Nick Drake and Elliot Smith, though he'd be the first to say it.  Rossen's EP, "Silent Hour/Golden Mile" is a short, sweet burst of brilliance, and also a tantalizing hint of what to expect from the upcoming Grizzly Bear album.  On today's episode of World Cafe, Rossen discusses the process behind his EP and plays the songs "Golden Mile" and "Saint Nothing" live.