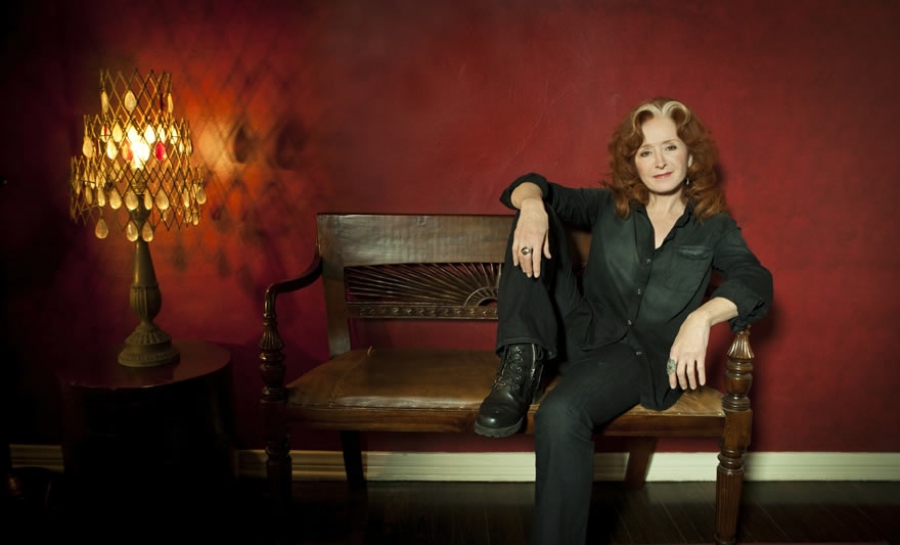 Bonnie Raitt is a blues-rock living legend, holding a hefty nine Grammys and five platinum albums under her belt. Her rootsy and passionate take on everything bluesy, combined with her intimate understanding of composition, deft slide guitar skills, and soulful vocals, have helped Raitt become an icon.

Born into a musical family (daughter of Broadway singer John Raitt and pianist/singer Marge Goddard), Raitt began playing the guitar at age eight. She first encountered the blues at age 14, and by the time she was at Harvard in the late '60s, she began to acquire folk and R&B sensibilities as well. Playing around clubs in Boston, New York, and Philadelphia, Raitt began to build some serious buzz--who was this fiery redhead that knew her way around a bottleneck guitar and could hold her own against the likes of Howin' Wolf and Mississippi Fred McDowell?

It's been forty years since Raitt started officially releasing and she's not ready to throw in the towel. In fact, her latest offering (and sixteenth studio release overall) is possibly one of her best yet. "Slipstream" comes seven years after her last release, and in that time, Raitt has lost friends, parents, and siblings. The release also marks her first venture onto her own label, Redwing. All in all, it's a daring, introspective, and inclusive album, produced by the legendary Joe Henry and including reggae, soul, rock, and blues influences. Raitt sees the mix as a way to honor the collaborative nature of music: "I'm in the slipstream of those who came before me, and I'm leaving one for those behind me. I'm holding up the traditions of the music that I love."

Listen to Bonnie Raitt play live and talk to WXPN's Michaela Majoun about the making of her 19th album.

Set List:
RIGHT DOWN THE LINE
USED TO RULE THE WORLD
NOT CAUSE I WANTED TO
LOVE SNEAKIN' UP ON YOU

More in this category: « Lo Moon On World Cafe Birdy »
back to top
Site Map | Help & FAQs | Privacy | Contact | Playlist | Public Inspection File | Public File Help
Copyright 2022 WXPN-FM / The Trustees of The University of Pennsylvania, All Rights Reserved
XPN.org is made possible with the generous support of XPN Members and our Business Sponsors.