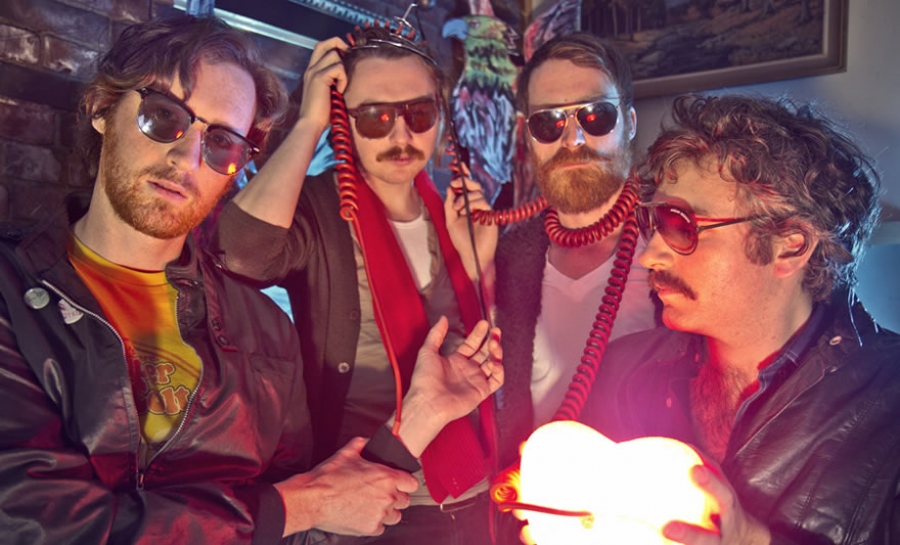 Zeus makes music that sounds straight out of the seventies.  Yet, a shared interest in making music that garners comparison to The Band isn't what initially brought these Canadian rockers together.

Most of the members were brought into Jason Collett's backing band, and from there decided to play together outside of their work with Collett.  Members Rob Drake, Carlin Nicholson, Mike O'Brien and Neil Quin released their EP "Sounds Like Zeus", in 2009.  The quartet followed up with their 2010 debut album, "Say Us", which made the Polaris Music Prize Long List.

Since then, the group has continued to tour with Collett, toured a bit with former band mate, Afie Jurvanen, and worked on their material for Zeus.  Their hard work paid off in the form of a new LP which came out in March. When it debuted, "Busting Visions" was number 73 on the Canadian charts, with single "Are You Gonna' Waste My Time?" peaking at 23.  Hear the group discuss their sophomore album on today's episode of World Cafe.

Tagged under
More in this category: « Slowdive On World Cafe Bassnectar »
back to top
Site Map | Help & FAQs | Privacy | Contact | Playlist | Public Inspection File | Public File Help
Copyright 2022 WXPN-FM / The Trustees of The University of Pennsylvania, All Rights Reserved
XPN.org is made possible with the generous support of XPN Members and our Business Sponsors.