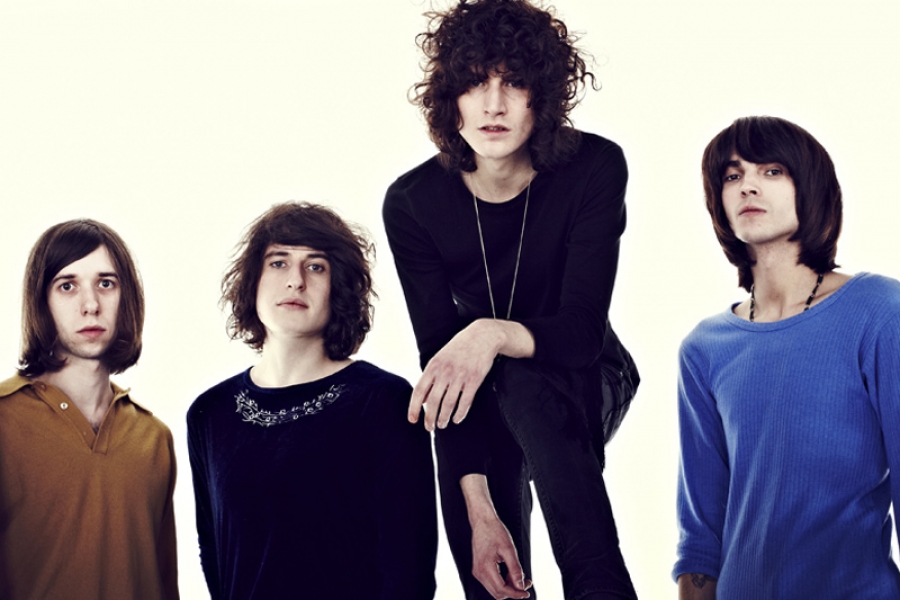 
February 11, 2014 - The young British band Temples join us today. The 4 piece are from the small town of Kettering in England where their brand of psychedelic music came together in the home studio of singer-guitarist James Edward Bagshaw in 2012. In that small space they made the very big sounding "Shelter Song" which got the young band notice and a recording contract. The album Sun Structures was recorded in much the same fashion. There are elements from the past for sure but this is a very fresh sounding band. Bagshaw, bassist Thomas Wormsly along with drummer Sam Toms and keyboard-guitarist Adam Smith play live.

More in this category: « Bert Jansch Slowdive On World Cafe »
back to top
Site Map | Help & FAQs | Privacy | Contact | Playlist | Public Inspection File | Public File Help
Copyright 2022 WXPN-FM / The Trustees of The University of Pennsylvania, All Rights Reserved
XPN.org is made possible with the generous support of XPN Members and our Business Sponsors.