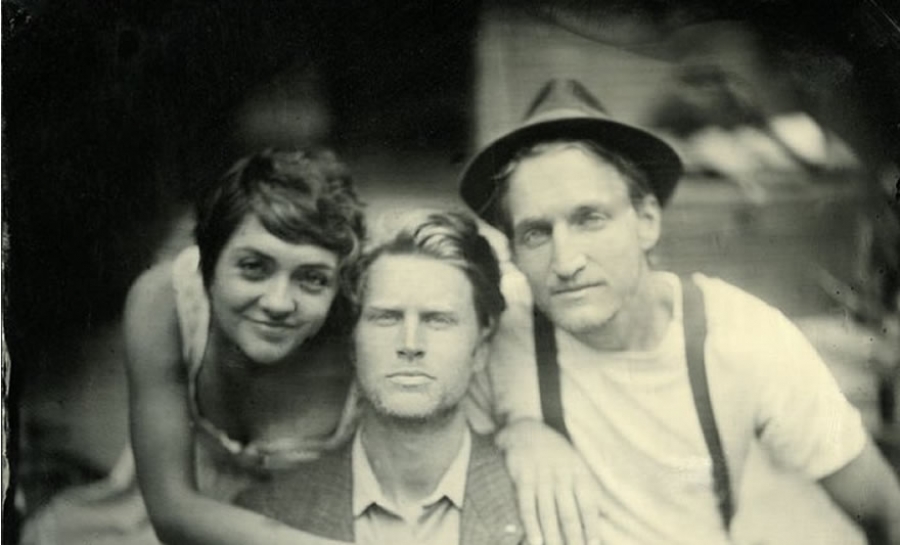 April was a great month for The Lumineers. In addition to releasing their hotly anticipated eponymous debut, they've played a tong of sold out shows across the US. Their open-hearted melodies, simple but raw lyrics, and rousing acoustic folk have earned them comparisons to Mumford and Sons, The Civil Wars, and the Avett Brothers.

But The Lumineers have a way of embedding fiery emotion into their music that's all their own. The group itself arose out of the ashes of tragedy (the early death of a brother and friend) and became a vehicle for introspection for the band. The result--rollicking, incandescent, and self-reflective--is built on a base of classical training and roots rock experience.

The Lumineers' self-titled debut is already primed for success, given the strength of "Ho Hey", the bluesgrass/country single that almost 'requires' foot-stomping to the beat. The album also features a few songs from their EP, as well as some great new material, like the instant stand-out “Dead Sea.” It's been over two years since The Lumineers released their last EP, and their recent heart-warming SXSW performance also helped push them into the spotlight. The Lumineers is one of the openers WXPN's annual, summer, XPoNential Music Fesitval (http://xpn.org/concerts-events/xponential-music-festival-2012) in July. Now it's clear that the sky is the limit for this folk trio.

More in this category: « Yann Tiersen First Aid Kit On World Cafe »
back to top
Site Map | Help & FAQs | Privacy | Contact | Playlist | Public Inspection File | Public File Help
Copyright 2022 WXPN-FM / The Trustees of The University of Pennsylvania, All Rights Reserved
XPN.org is made possible with the generous support of XPN Members and our Business Sponsors.