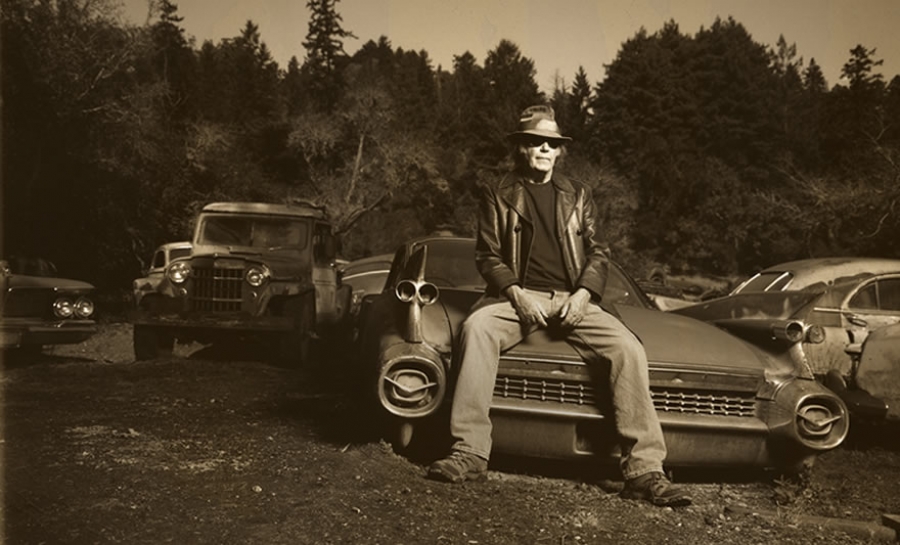 His music has gone from the soft folk of Buffalo Springfield and Crosby Stills Nash and Young to a loud raucous rock. Young’s most hard-rocking music is his work with the band Crazy Horse. Young has teamed up with Crazy Horse again for the first time since 2003 to record their latest studio album, Americana, which was released on June 5th.

Americana takes a fresh look at classic folk standards with novel arrangements. Young brings a hard rocking sound to songs like ‘Oh Susanna’ and Woody Guthrie’s ‘This Land is Your Land” that is unexpected yet strangely unsurprising. On today’s episode of World Cafe, Young talks about his inclusion of less popular verses into his renditions of folk standards, which helps lends the tracks a further air of unfamiliarity and edginess. These verses are dark and deal with death and starvation in the Great Depression and Dust Bowl – the parts not taught to schoolchildren.  Young also describes the live recording of Americana and the release of the new disc on Blu Ray. He shares his views on sound quality, audio fidelity, and why he prefers the Blu Ray format.