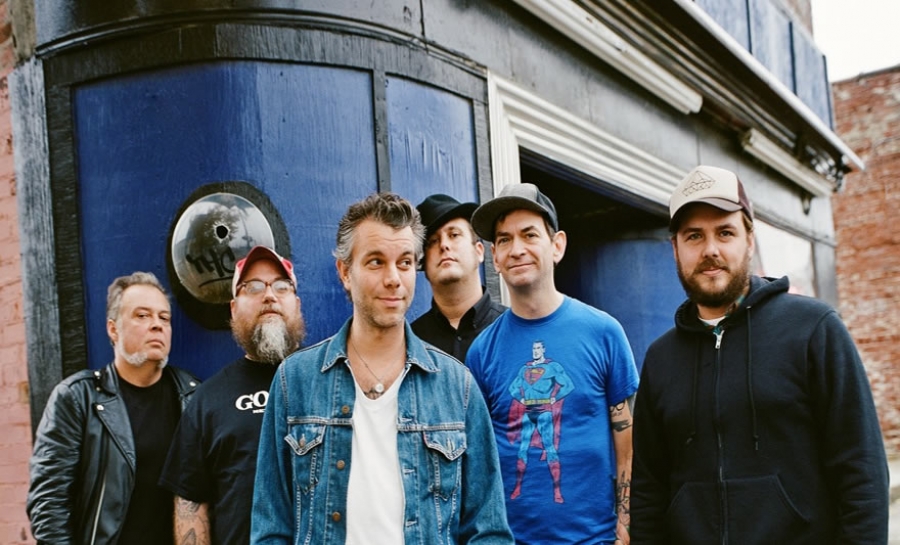 Lucero, which means bright star in spanish, have been creating quality punk-inflected rock with since the late ‘90s. Hailing from Memphis, frontman Ben Nichols lends the act a gruff Southern twang both vocally and on the guitar.

Since the release of 2001’s eponymous debut, Lucero have recorded five more studio albums to date and they play an impressive two hundred shows annually in the US and Canada. Lucero formed their own record label, Liberty & Lament, which is owned by East West Records, though they are now signed by ATO Records.

Lucero’s latest studio production, entitled Women & Work, was released this March to much adulation. This is their second album to include a horn section, an addition that allows the band to fully flush out their sound. As a further exploration of their Memphis and southern roots, Lucero have enlisted a full female gospel choir, who feature on the track “Go Easy” which has a soulful feel. On today’s episode of World Cafe, Nichols discusses Lucero’s new relationship with ATO, and how the band has finally found a supportive, music-friendly home after thirteen years on the road. Nichols also talks about his acting on an MTV series, $5 Cover, which portrays the lives of struggling musicians in the Memphis music scene, and plays live.

Set List:
WHO YOU WAITING ON
I CAN'T STAND TO LEAVE YOU
ON MY WAY DOWNTOWN
WOMEN & WORK