Listen
You are here: World Cafe //   Archie Powell & The Exports 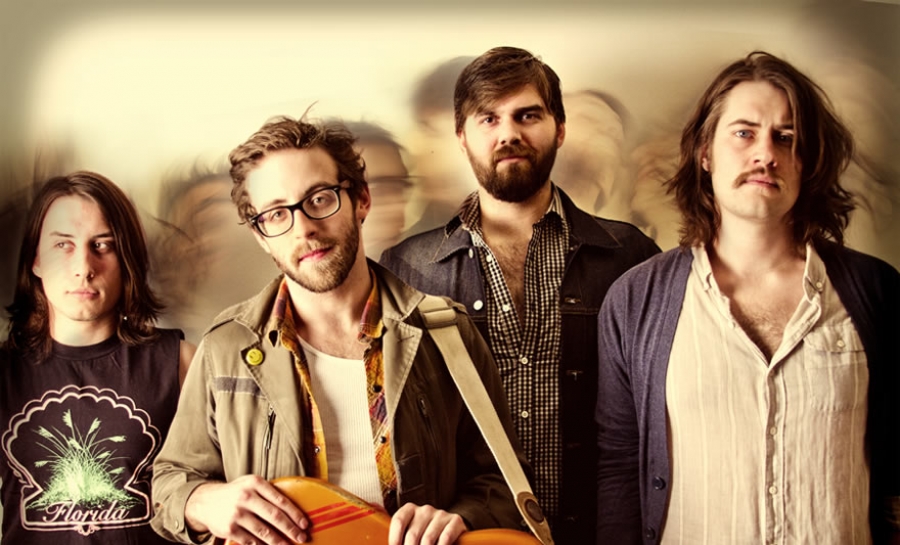 Archie Powell & The Exports have been making waves with their power pop indie rock sound. Frontman Archie Powell has been surrounded by music from an early age; his father was a violinist in the Chicago Symphony Orchestra. Powell picked up guitar at age 11 and songwriting was a natural next step.

He joined up with the Exports soon after college. Interestingly, the name Exports isn’t just another random indie band name. Brothers Ryan, Adam, and RJ play keys, bass, and drums respectively; their last name is actually Export. The group’s first release was Loose Change, an EP offered online for free. By 2010 the group was ready with the studio length Skip Work.

The band’s second album, Great Ideas in Action, was released this May. The name of the album was inspired by a quote from a Calvin and Hobbes comic strip, as Powell explains in today’s edition of World Cafe. Powell also talks about his sometimes lengthy songwriting process and the cynical sardonic content of many of their songs. In order for Powell to devote his full energies to singing, lead guitar duties for the band have been delegated to Alex Export. Powell takes a minute to talk about one of his major musical influences – his late father – who appears on the inlay of the band’s recent studio release.

Tagged under
More in this category: « Dumpstaphunk Emily Haines On World Cafe »
back to top
Site Map | Help & FAQs | Privacy | Contact | Playlist | Public Inspection File | Public File Help
Copyright 2022 WXPN-FM / The Trustees of The University of Pennsylvania, All Rights Reserved
XPN.org is made possible with the generous support of XPN Members and our Business Sponsors.