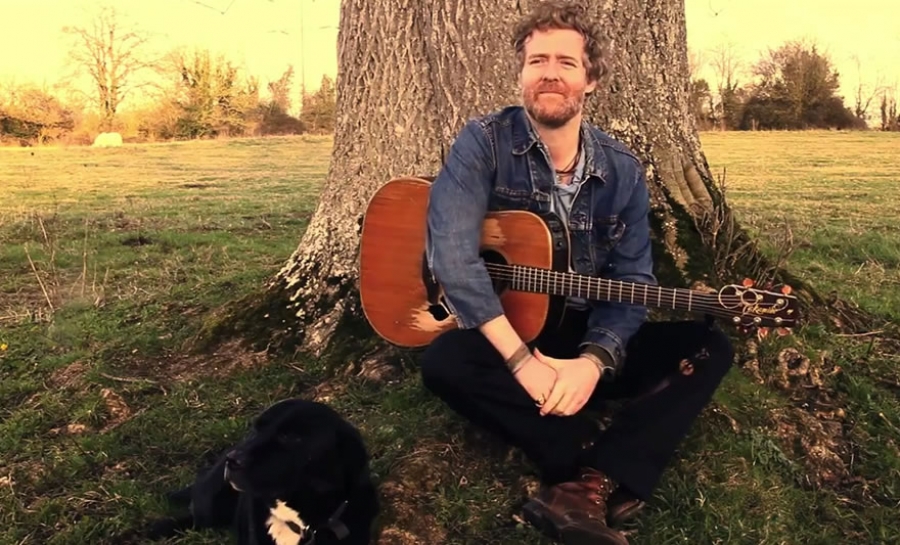 Having already found success as the vocalist/guitarist for the Irish band The Frames and as half of the folk rock duo The Swell Season, musician Glen Hansard is venturing out as a solo artist. His debut album, Rhythm and Repose, was released on June 19th A on the ANTI record label. The album, Hansard's first since The Swell Season's 2009 Strict Joy, was recorded over the past year and a half in New York City.

Hansard has also gained acclaim for his acting in the films The Commitments and Once. Hansard won the Academy Awards for Best Original Song in 2007 for Falling Slowly for the film Once. Hansard co-wrote the song with Marketa Irglova, who is the other half of The Swell Season.

To promote his solo debut, Hansard toured the US in June, including a stop at World Cafe Live for a Free At Noon show on June 15. After wrapping up the summer in Europe, Hansard will return to the States for a month in the fall, and then back to Europe through mid-December. In this session Hansard talks to Host, David Dye about the Broadway Show, "Once," his new found fame as a solo artist, and plays live.


Set List:
LOVE DON'T LEAVE ME WAITING
Glen Hansard / MAYBE NOT TONIGHT  / Rhythm and Repose
COME AWAY TO THE WATER

More in this category: « Lindsey Buckingham And Christine McVie On World Cafe Kat Edmonson »
back to top
Site Map | Help & FAQs | Privacy | Contact | Playlist | Public Inspection File | Public File Help
Copyright 2022 WXPN-FM / The Trustees of The University of Pennsylvania, All Rights Reserved
XPN.org is made possible with the generous support of XPN Members and our Business Sponsors.