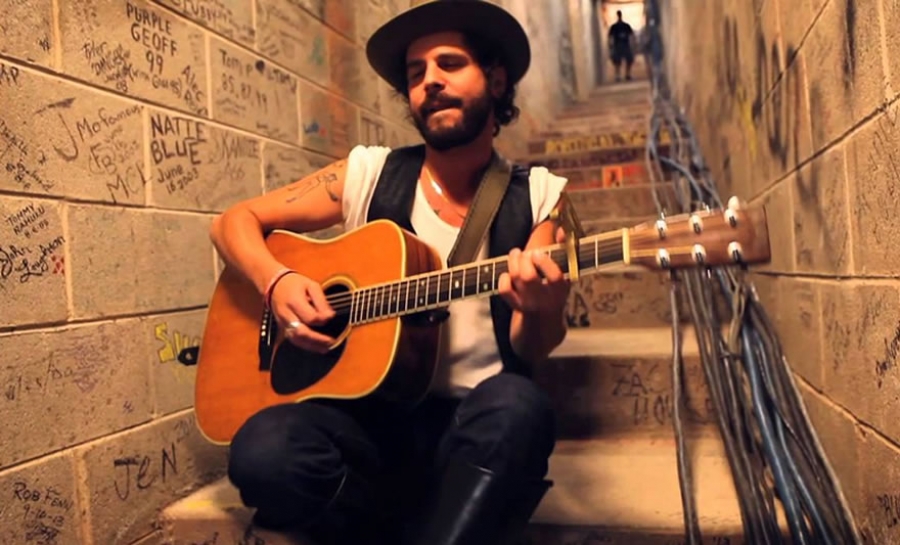 From Brooklyn Slim made his way to the West Coast to Portland, Oregon, where he had lived since the 2009 release of Be Set Free on Kemando Records. That record was the first sinceSlim joined up with The Law – Jeff Ratner on upright bass, David Moore on keys and banjo, and Malachi DeLorenzo on drums – who play alongside Slim as he plays guitar and lends his distinctive raw bluesy rasp.

Langhorne Slim’s newest record, The Way We Move, released in June on Ramseur Records is titled quite appropriately. He has picked up from Portland and has been touring non-stop. The album’s thirteen tracks blend hints of ‘50’s rock ballads with alternative folk arrangements and soulful crooning. Langhorne is no stranger to the stage. He has played the Newport Folk Festival, Bonnarroo, and Lollapallooza.

Listen to Slim talk about the influences on his music, how he looks at this genre as folk-gospel-punk, and plays live with his band from the stage at World Cafe Live in Philadelphia.


Set List:
SONG FOR SID
THE WAY WE MOVE
COFFEE CUPS
ON THE ATTACK