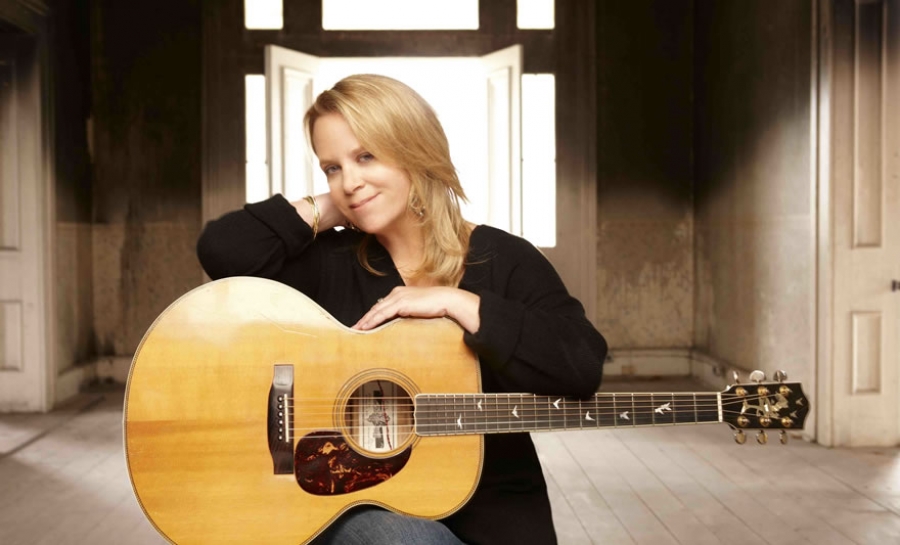 Five-time Grammy award winner and Princeton, New Jersey native Mary Chapin Carpenter has been producing country/folk/rock standards for nearly 25 years. She has earned fans and accolades for her ten studio albums and countless live performances. Her latest album, "Ashes and Roses," self-penned by Carpenter, is a reflection of her life - grieving over her father's death, going through a divroce, and concerns about her own health.

Listen to Mary Chapin Carpenter's live performance and hear her talk about the making of her latest album, released June 12 on Zoe Records.


Mary Chapin couldn't avoid writing about divorce, illness, and death on her album because of what's going on in her life. "Learning the World" is about grieving over her father's death. For her, grief felt like a companion that comes and goes. David assumed that "What To Keep What To Throw Away" was about the death of a parent, but it was actually about divorce. Mary Chapin talks about how the experiences of divorce, illness, and death all blend together. David asks how illness has changed her world view. Mary Chapin suffered a pulmonary emulsion in 2007, which made her more aware of time and become more honest about how she wanted to move forward in life. "Chasing What's Already Gone" is about this. "New Year's Day" is the last song she wrote for the album. It's about a happy dream she had about reconnecting with an old musician friend who lives in Baltimore.

Tagged under
More in this category: « Dhani Harrison On World Cafe Jade Bird On World Cafe »
back to top
Site Map | Help & FAQs | Privacy | Contact | Playlist | Public Inspection File | Public File Help
Copyright 2022 WXPN-FM / The Trustees of The University of Pennsylvania, All Rights Reserved
XPN.org is made possible with the generous support of XPN Members and our Business Sponsors.