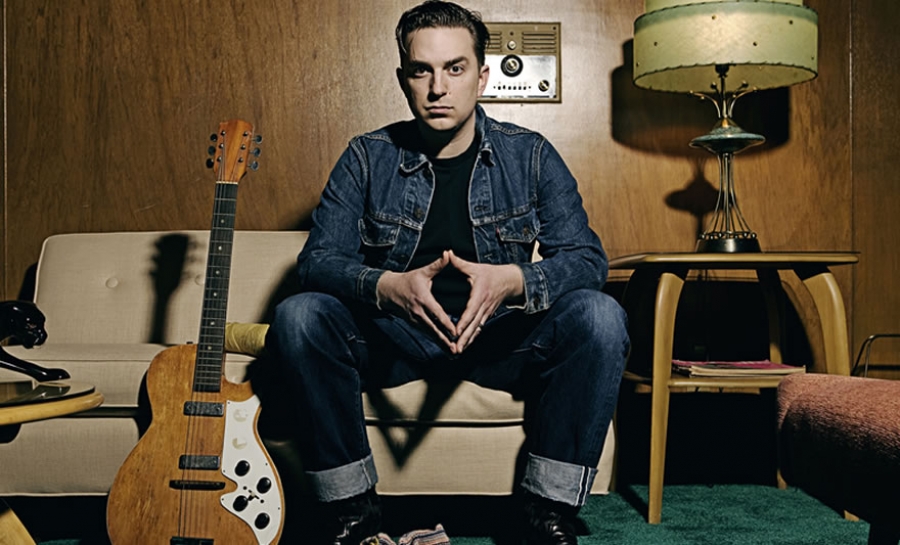 JD McPherson was lucky to have been born in Broken Arrow, OK. Just a stone's throw away from the pulsing art hub that is Tulsa, OK (where he would attend university), JD was able to tap into his creative side at a very young age.  An eclectic artist, JD took classes in everything from film to card magic en route to an M.F.A., playing in various bands all the while.

His break came when he boldly introduced himself to producer/bass player Jimmy Sutton of The Four Charms via myspace and sent over several demos.  Sutton immediately recognized McPherson's talent, and JD moved to Chicago to begin recording.  The pair released a music video for JD's "North Side Girl," which became a viral hit with over 813,000 views to date.  McPherson's visual art expertise was a major factor in the video's success.  "North Side Girl" became the first track of an upcoming album that had suddenly risen to be one of the most anticipated in the indie rock world.

JD recently released his debut, "Signs and Signifiers," in April 2012.  "Signs and Signifiers" is a study in the mixing of classic and contemporary.  With expert strokes of his guitar, McPherson paints a masterpiece while drawing from a diverse palette that includes the Clash, the Pixies, Little Richard, Chess Chuck Berry, David Bowie, Ruth Brown, Taekwon, the Wu-Tang Clan, Johnny Marr, and Stiff Little Fingers.  His gift lies in his appreciation for old-time favorites - and his ability to repackage famous rhythms and timeless riffs into a catchy, modern tune.  "Signs and Signifiers" graced the top of the Heatseekers Album chart and hit 47 and 161 on the Billboard Rock and Billboard 200 charts, respectively.

This past summer he played WXPN's XPoNential Music Festival in Camden, NJ, and rocked the crowd. You can listen to his full performance here. (link to http://xpn.org/concerts-events/xponential-music-festival-2012/artist?artist=14)