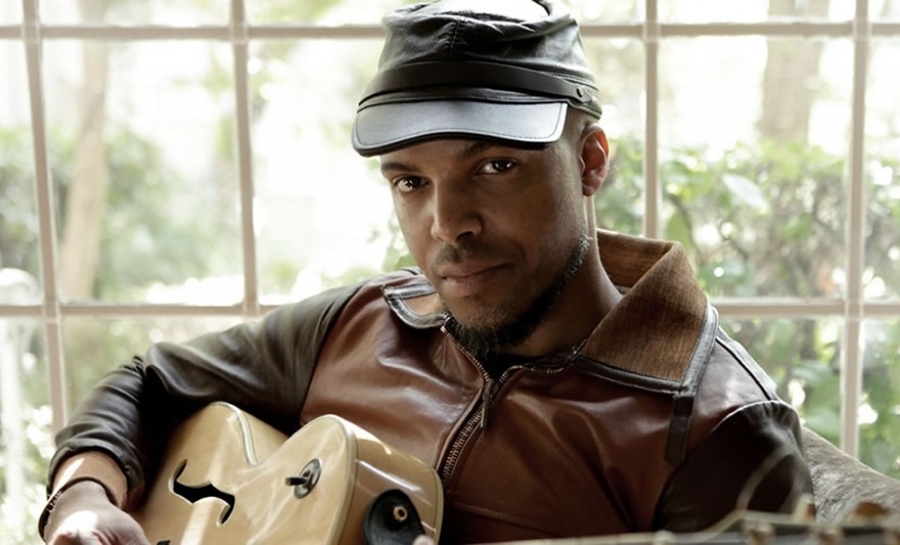 Van Hunt uses his velvet-smooth voice to stunning effect in his rhymic, triste-laden melodies.  He is something like a cross between Thelonious Monk and Prince - throaty and suave, yet artistic, bold, and (notably) a little bit weird.  His alternative style is his strength, however.

It speaks to his strong will, a trait that propelled the college dropout to move from his home in Ohio to the burgeoning music hub of Atlanta. There, he signed with Capitol Records in 2001 and produced his first album, Van Hunt, in 2004.  Since then he has split with Capitol Records, preferring to form his own label, Godless Hotspot. His accolades include a 2005 Grammy nomination for "Dust" and a Grammy win for "Family Affair" in 2006.

Van Hunt's latest release is Live at "The Troubadour" 2011, a compilation of live recordings from that year.  The format fits his style: his wry, forlorn, dirt-beneath-the-fingernails lyrics are better complemented by an old, grungy concert hall than a state of the art recording studio.  The songs vary from warm ("Dimples on Her Bottom") to wistful ("Watching You Go Crazy Is Driving Me Insane") to witty ("A Time Machine Is My New Girlfriend"), with one consistent theme: love.  Van Hunt's live performances are certainly his strong suit, and those of us not lucky enough to have been at "The Troubadour" can still get a taste of his performance through this album, which hit shelves March 2012.

More in this category: « Little Steven & The Disciples Of Soul On World Cafe Beck On World Cafe »
back to top
Site Map | Help & FAQs | Privacy | Contact | Playlist | Public Inspection File | Public File Help
Copyright 2022 WXPN-FM / The Trustees of The University of Pennsylvania, All Rights Reserved
XPN.org is made possible with the generous support of XPN Members and our Business Sponsors.