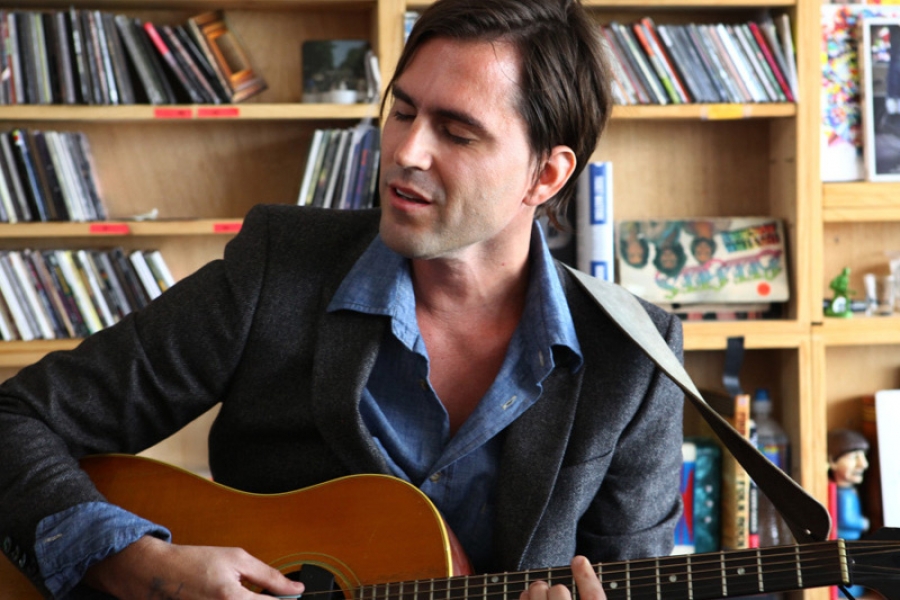 January 7, 2014 - We welcome the singer songwriter Diego Garcia back to the World Cafe today. We met the handsome Argentine, by way of New York, in 2011 when he released his lovelorn album Laura.
Laura is now Diego's wife and the album not only helped repair their marriage but it was also a commercial success. And as you would figure the new album called Paradise is a much happier affair. Garcia is very much influenced by classic Latin crooners like Julio Iglesias. We will talk with Diego and hear performances recorded upstairs at World Cafe Live in Wilmington, Delaware.

More in this category: « The Decemberists World Cafe Nashville: Becca Mancari »
back to top
Site Map | Help & FAQs | Privacy | Contact | Playlist | Public Inspection File | Public File Help
Copyright 2022 WXPN-FM / The Trustees of The University of Pennsylvania, All Rights Reserved
XPN.org is made possible with the generous support of XPN Members and our Business Sponsors.