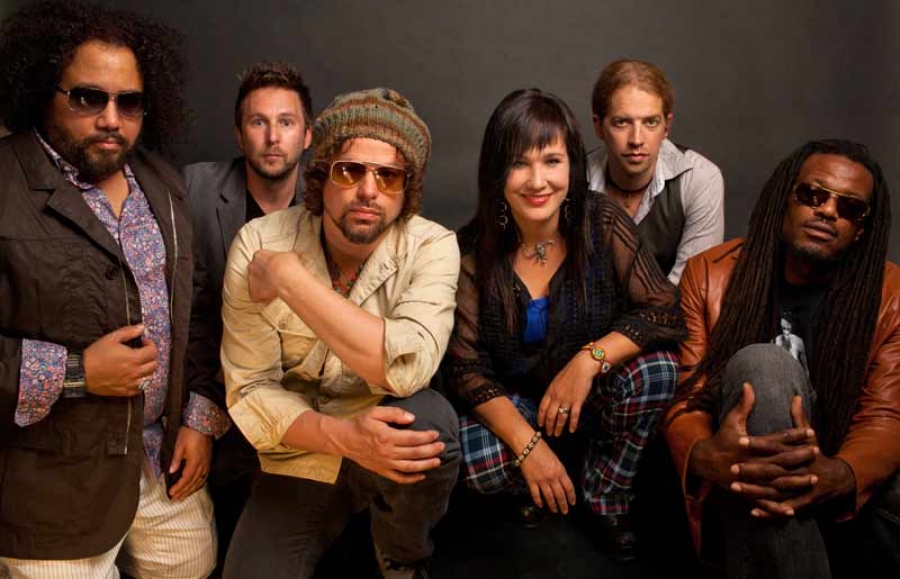 Sense of Place Pittsburgh - Rusted Root Live From The Archive

December 11, 2013 - No way could we leave Rusted Root out of our Sense of Place Day Trip to Pittsburgh. The energetic, percussion heavy band has become synonymous with the city.
Formed in 1990, Rusted Root is a multi-instrumentalist 6-piece band known for their unique blend of acoustic, rock, Middle Eastern, and other world musical styles. Their percussion is heavily influenced by Africa, Latin America and Native America, while their lyrical content is often about Christianity, Judaism and Islam. In 1992 they released their debut album, Cruel Sun, but it wasn't until their second album When I Woke, that the band gathered national attention particularly with the song “Send Me On My Way.” The band has released 7 studio albums, 1 live album and several EPs. Their album The Movement was released in October 2012. Today’s session is from 2002 around the release of Welcome To My Party which came out 4 years after their previous disc.

Tagged under
More in this category: « Deer Tick The War On Drugs On World Cafe »
back to top
Site Map | Help & FAQs | Privacy | Contact | Playlist | Public Inspection File | Public File Help
Copyright 2022 WXPN-FM / The Trustees of The University of Pennsylvania, All Rights Reserved
XPN.org is made possible with the generous support of XPN Members and our Business Sponsors.