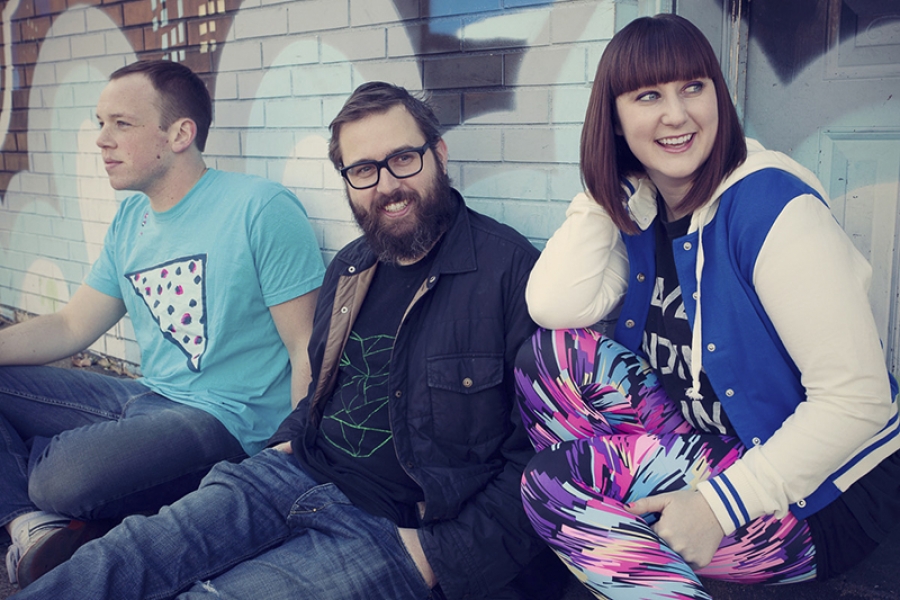 December 11, 2013 - We are taking a Sense of Place Day Trip to Pittsburgh. Today we are presenting a live session with a brother and sister indie pop rock trio called Donora.
Donora is actually a second generation band. Brother Jake, who plays drums and his sister Casey, on keyboards, are the kids of Dave Hanner who was part of the country band Corbin/Hanner and Jake and Casey spent time in his studio growing up. Bassist Jake Churton completes the band. They record for the Pittsburgh-based Rostrum Records (also home to hip-hop artists Whiz Khalifa and Mac Miller). Since 2008 Donora has released two albums and the 2013 EP Play Nice. As you will hear today, despite all their experience touring world-wide and placing their songs in movies and commercials, they still interact like an older brother and a younger sister!