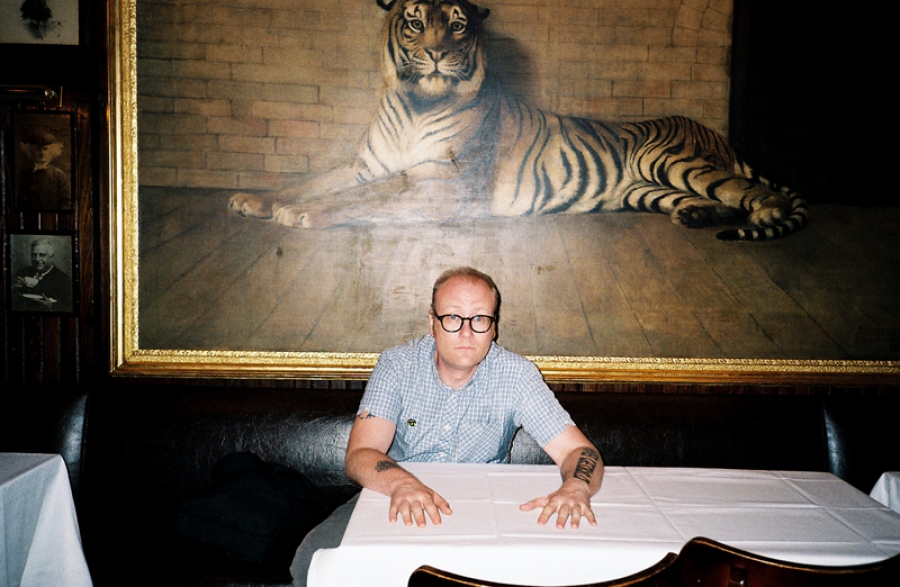 Photo credit: Sarah Forbes Keogh
Why Has It Been So Painful For Mike Doughty To Perform The Songs He Wrote For Soul Coughing?

December 3, 2013 - Mike Doughty joins us live on the Cafe today as he has many times in the past. This time is a little different as it is the first time he is performing the music he wrote and recorded with Soul Coughing.
Doughty gained initial success as the frontman of the unique, early 90's band. Soul Coughing saw moderate commercial success from 1993-2000, and Doughty's beatnik-esque lyrics and fusion of rock, and electronic music kept his style apart from the rest of the alternative rock music that dominated the era. In 2000 Soul Coughing split up and Doughty embarked on a solo tour and career playing songs from his 1995 solo album Skittish. During the 2000's to the present, Doughty overcame drug addiction while continuing to tour and release music as well as literature. His most recent album is a set of revamped Soul Coughing songs. Today he’ll tell us why “the Soul Coughing years” were so dark and painful.

More in this category: « Amadou & Mariam On World Cafe The Isley Brothers & Santana On World Cafe »
back to top
Site Map | Help & FAQs | Privacy | Contact | Playlist | Public Inspection File | Public File Help
Copyright 2022 WXPN-FM / The Trustees of The University of Pennsylvania, All Rights Reserved
XPN.org is made possible with the generous support of XPN Members and our Business Sponsors.