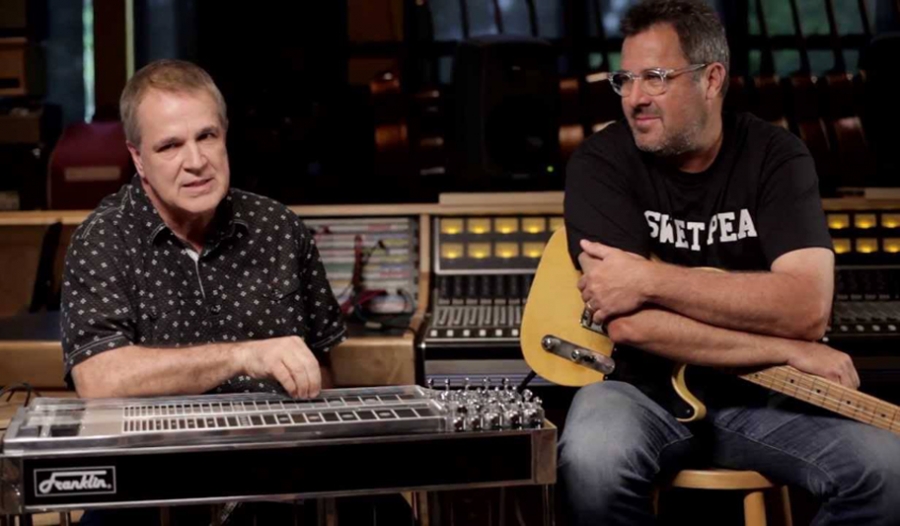 November 28, 2013 - Country music Hall of Famer, superstar and the man who has 20 country Grammys, more than anyone ever, Vince Gill joins us today with Steel Guitar Hall of Famer Paul Franklin to pay tribute to two other Hall of Famers, Buck Owens and Merle Haggard.


Vince and Paul’s new album is called Bakersfield because that is where all that California country music came from in the 1950’s and 60’s. It was a harder sounding country with electric guitars and a backbeat. As we will hear today, Bakersfield produced some pretty fair country songs. Vince and Paul will play us some of their favorites which are not always the best known songs from the era.

Session Setlist
HOLDING THINGS TOGETHER
TOGETHER AGAIN
I CAN'T BE MYSELF

Tagged under
More in this category: « World Cafe Nashville: The Lone Bellow Donald Fagen »
back to top
Site Map | Help & FAQs | Privacy | Contact | Playlist | Public Inspection File | Public File Help
Copyright 2022 WXPN-FM / The Trustees of The University of Pennsylvania, All Rights Reserved
XPN.org is made possible with the generous support of XPN Members and our Business Sponsors.