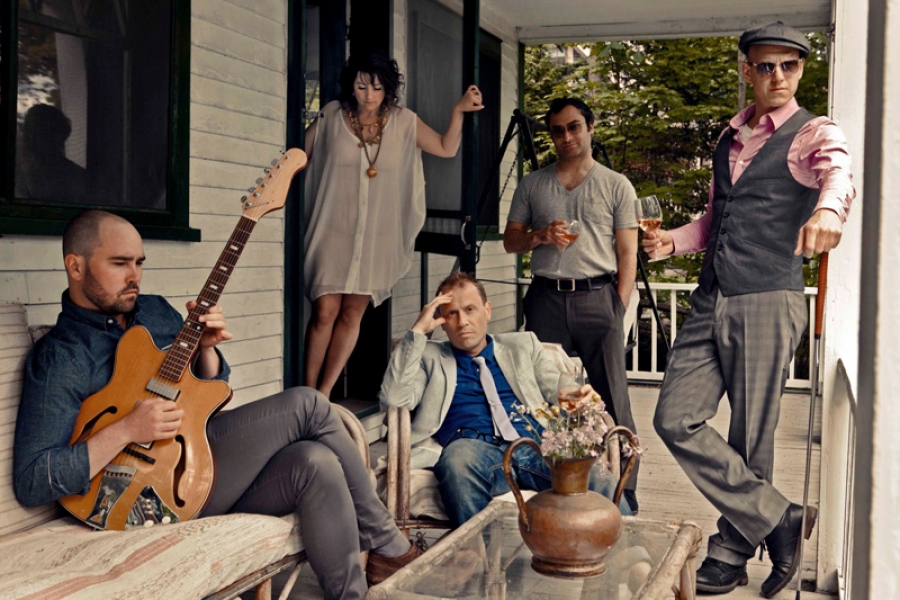 For Sense of Place: Toronto – Stars In A Vintage Cafe From 2010

November 25, 2013 - For our Sense of Place visit to Toronto we are going back into the archives for one of our favorite Canadian bands that began in Toronto, Stars.
This session goes back to 2010 upon the release of The Five Ghosts which the band recorded in Montreal. Yes there is a lot of haunting on the album. It has been acknowledged as the darkest album in the bands discography as well. There are some striking performances today and the always affable Torquil Campbell and Amy Millan talk with us.

More in this category: « Memoryhouse Typhoon »
back to top
Site Map | Help & FAQs | Privacy | Contact | Playlist | Public Inspection File | Public File Help
Copyright 2022 WXPN-FM / The Trustees of The University of Pennsylvania, All Rights Reserved
XPN.org is made possible with the generous support of XPN Members and our Business Sponsors.