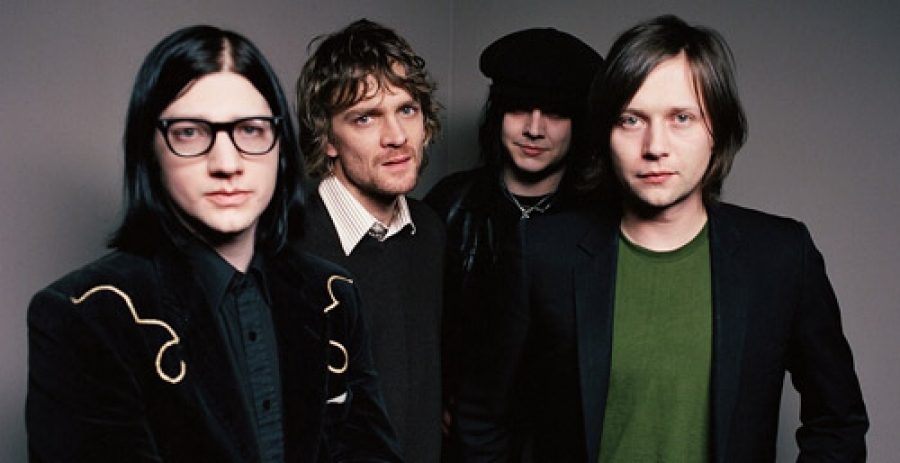 Photo credit: Autumn de Wilde
Sense Of Place Detroit: From The Archives The Debut of The Raconteurs from 2006

October 21, 2013 - For our Sense of Place Detroit we go back to 2006 for our first visit with a new band that people already had expectations of because one member was Jack White of The White Stripes and the other songwriter was Brendan Benson.
They joined together with the rhythm section of Jack Lawrence and Patrick Keelor from the Greenhornes. It was the first appearance of this “supergroup” and a lot of the conversation is about collaboration. We also hear a pretty cool version of “Steady As She Goes.”

More in this category: « Feist On World Cafe World Cafe Nashville: Midland »
back to top
Site Map | Help & FAQs | Privacy | Contact | Playlist | Public Inspection File | Public File Help
Copyright 2022 WXPN-FM / The Trustees of The University of Pennsylvania, All Rights Reserved
XPN.org is made possible with the generous support of XPN Members and our Business Sponsors.