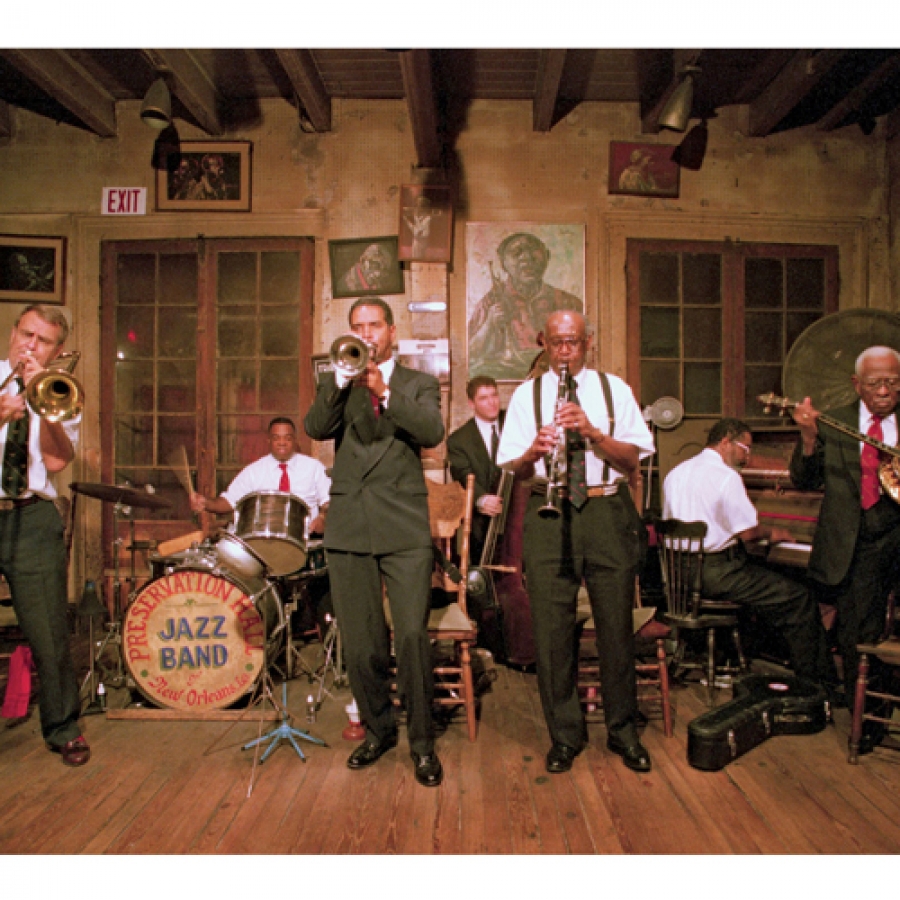 September 13, 2013 - We are extremely happy to welcome the Preservation Hall Jazz band back to the World Cafe. Preservation Hall in New Orleans, the dirt-floor space off of Bourbon Street, was founded in 1961 as a place for the elders of New Orleans jazz to play nightly.
Today we will talk with Ben Jaffe. Like his father Alan who initially ran the space, he is a tuba player who guides the world renowned band today. Equally as at home on concert stages around the globe as in Pres Hall, the band joins us today with a set live from City Winery in NYC. Their new album That’s It! features band originals for the first time and was produced by My Morning Jacket’s Jim James.

Session Setlist
THAT'S IT!
DEAR LORD (GIVE ME STRENGTH)
COME WITH ME
I THINK I LOVE YOU

More in this category: « Girlpool On World Cafe She & Him »
back to top
Copyright © 2022. xpn.org. Designed by Shape5.com Joomla Templates
Desktop Version