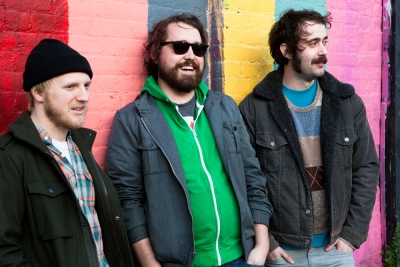 September 9, 2013 - Our World Cafe: Next artist this week is Royal Bangs a band originally from Knoxville, Tennessee.
The band formed in 2001 and had their first album released by The Black Keys' Patrick Carney on his own Audio Eagle Records in 2008. He actually discovered the band on MySpace. Their new album Brass was produced by Carney and comes out September 17. The band is fronted by Chris Rusk and their new album, Brass, was produced by Carney. It's scheduled to be released on September 17, but you can hear two tracks from it on the World Cafe: Next podcast.