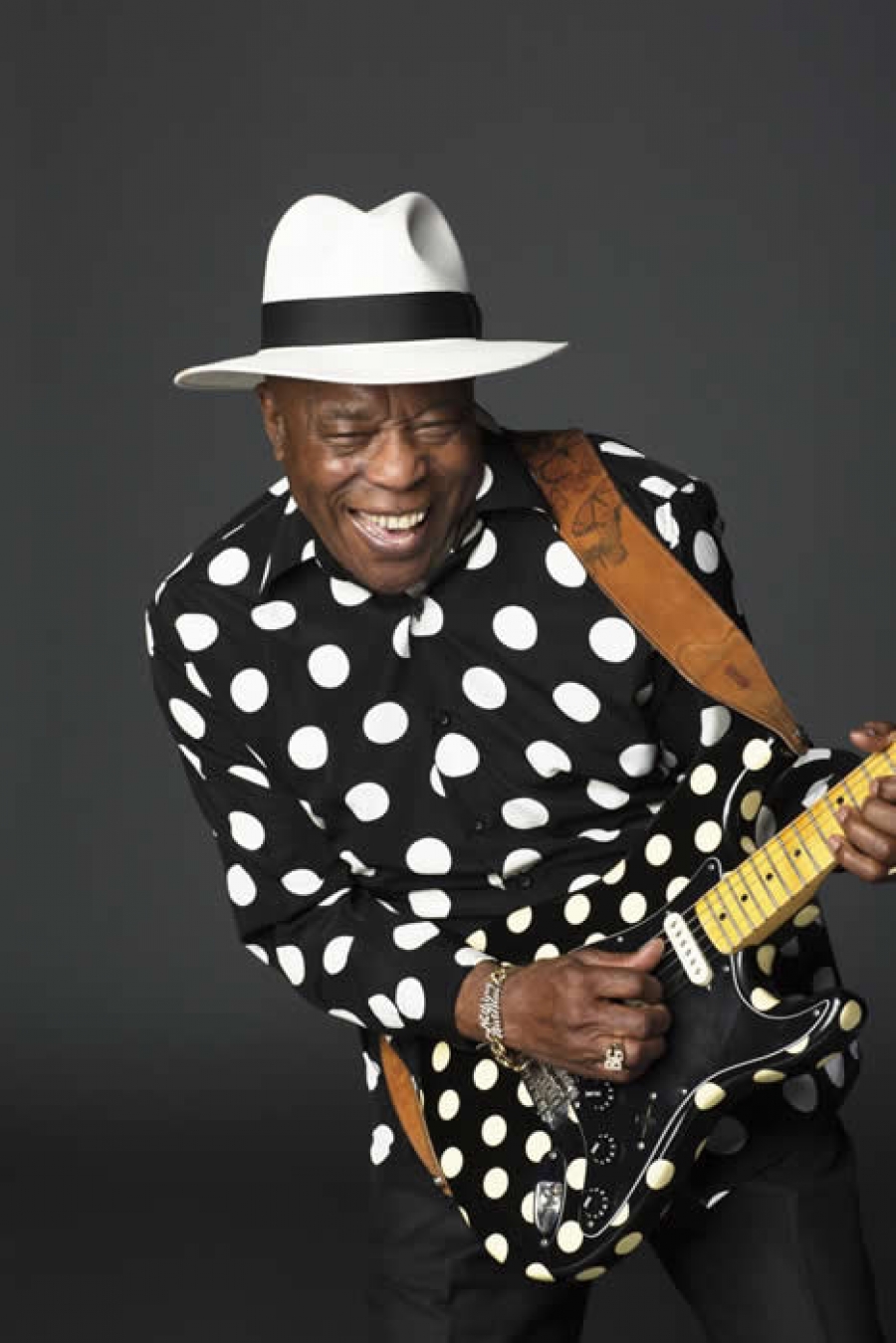 August 23, 2013 - We recorded this interview with blues guitarist and singer Buddy Guy the day after he turned 77. And he turned up early for our 9 AM start!

Guy is a pioneer of the blues. Originally from Louisiana he made his mark in the competitive Chicago blues scene in the 1960’s. His flamboyant guitar style using distortion, a 100 foot cord, and a wah-wah pedal influenced many guitar legends to follow, including Eric Clapton and Jimi Hendrix. He was inducted into the Rock and Roll Hall of Fame in 2005. His autobiography, When I Left Home: My Story came out last year, and his new double album, Rhythm and Blues came out on his birthday July 30. He tells some classic stories about Chicago in the blues heyday and about meeting Jimi Hendrix.

More in this category: « World Cafe's Best of 2017 (So Far) BJ Leiderman On World Cafe »
back to top
Site Map | Help & FAQs | Privacy | Contact | Playlist | Public Inspection File | Public File Help
Copyright 2022 WXPN-FM / The Trustees of The University of Pennsylvania, All Rights Reserved
XPN.org is made possible with the generous support of XPN Members and our Business Sponsors.