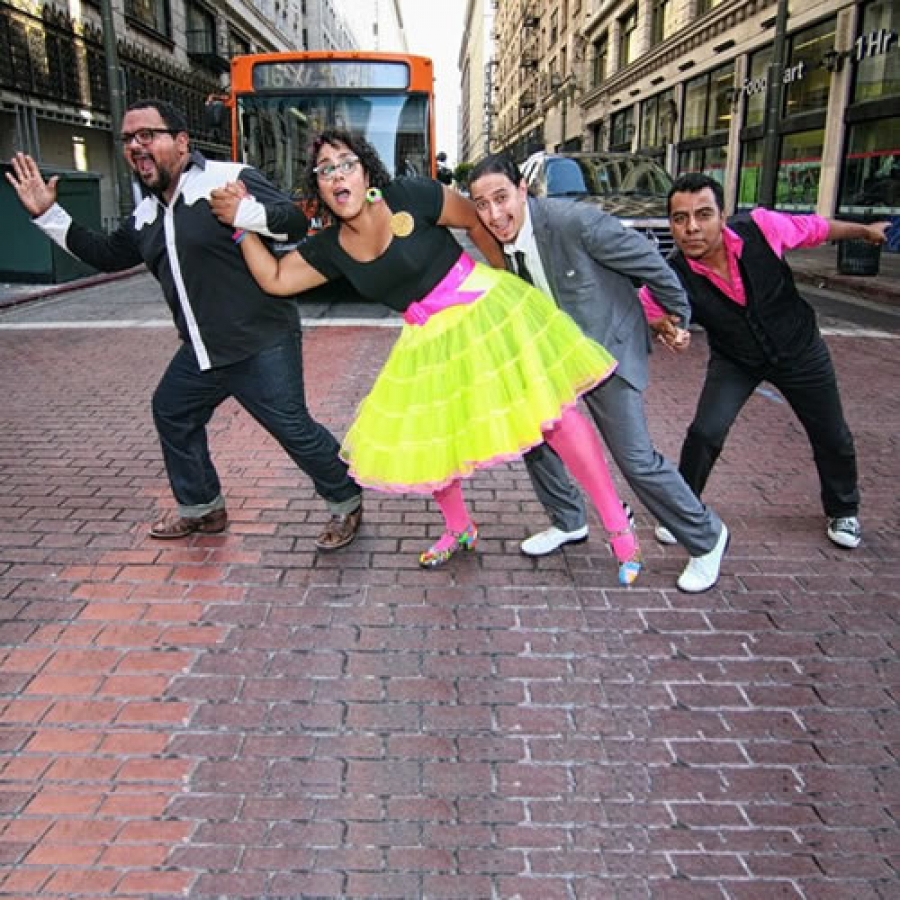 July 30, 2013 - In the beginning La Santa Cecilia started playing in Olvera Street in downtown Los Angeles for tourists and passers-by.

It was a mix of rancheras, norteno music and other Mexican influenced rhythms. As they started writing originals and playing in clubs and elsewhere they developed a strong following particularly for singer La Marisoul’s charismatic personality and voice. She has sung on stage with Elvis Costello who contributes a vocal on their debut for Universal Records, Treinta Dias. The new album also contains "ICE El Hielo" a song about immigration that touches each member of La Santa Cecilia personally. "ICE" refers to Immigration and Customs Enforcement, the force involved in deportation of undocumented immigrants. They’ll perform it for us. Plus you can view a video of the entire live performance and interview below. Made possible as part of our Latin Roots Series by a grant from The Wyncote Foundation.

More in this category: « Steve Martin & Edie Brickell Goldfrapp On World Cafe »
back to top
Site Map | Help & FAQs | Privacy | Contact | Playlist | Public Inspection File | Public File Help
Copyright 2022 WXPN-FM / The Trustees of The University of Pennsylvania, All Rights Reserved
XPN.org is made possible with the generous support of XPN Members and our Business Sponsors.