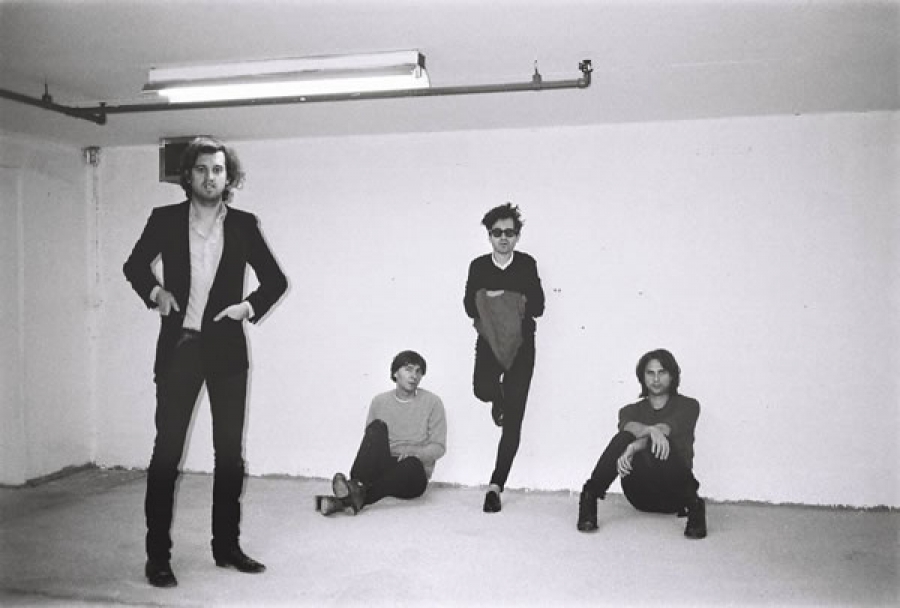 August 12, 2013 - Years ago the French were the most maligned of the globe’s pop music makers, turning out nothing original.
Now the French bands Daft Punk and our guests today Phoenix find themselves at the top of the charts all over the world. For Phoenix it is thanks to the enormous success of their 2009 album Wolfgang Amadeus Phoenix. The band is back with their new album Bankrupt! and today we’ll hear a performance of both new and old songs from World Cafe Live during the recent Non-Commvention of radio people in Philadelphia. More importantly we get to hear frontman Thomas Mars and guitarist Laurent “Branco” Brancowitz chat about their recent rise and growing up in the posh confines of Versailles.


In May, international pop-rock sensations Phoenix stopped by Non-COMM for a 45-minute set that pulled from almost all of their five studio albums. Check out the photos from heir set on TheKey.XPN.org

More in this category: « Hanni El Khatib On World Cafe Nancy And Beth On World Cafe »
back to top
Site Map | Help & FAQs | Privacy | Contact | Playlist | Public Inspection File | Public File Help
Copyright 2022 WXPN-FM / The Trustees of The University of Pennsylvania, All Rights Reserved
XPN.org is made possible with the generous support of XPN Members and our Business Sponsors.