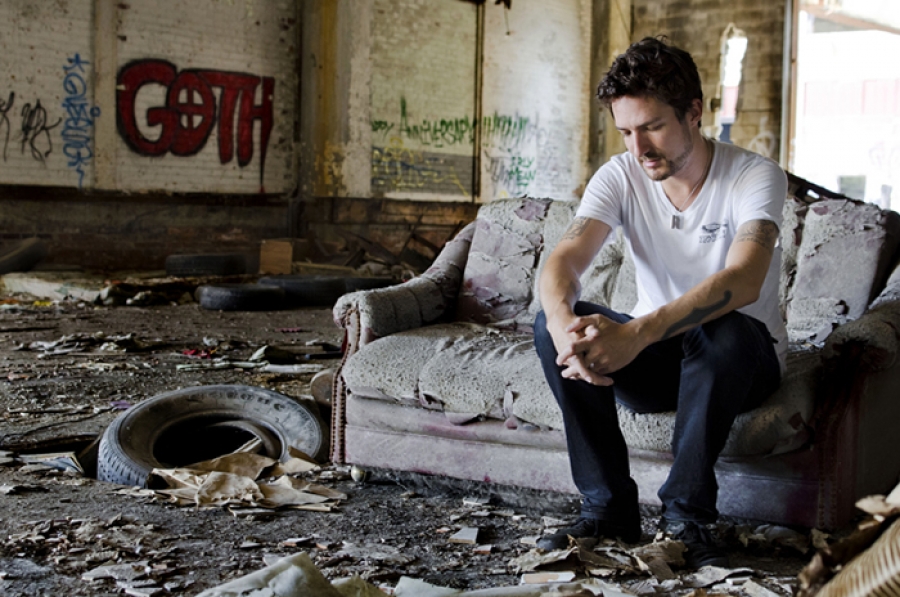 August 29, 2013 - The music biz word is that singer-songwriter Frank Turner is “too British” to catch on in the States.
True, he does not fill huge halls here yet, but the fans he has are more than engaged as you will hear in the live performance today. He started in the punk band Millions Dead before concentrating on words and acoustic guitar when the band broke up in 2000. The Eton graduate’s new album is called Tape Deck Heart and was recorded here in the U.S. by producer Rich Costey. Frank Turner joins us to talk songwriting, inspiration, politics and even a bit about his tattoos.