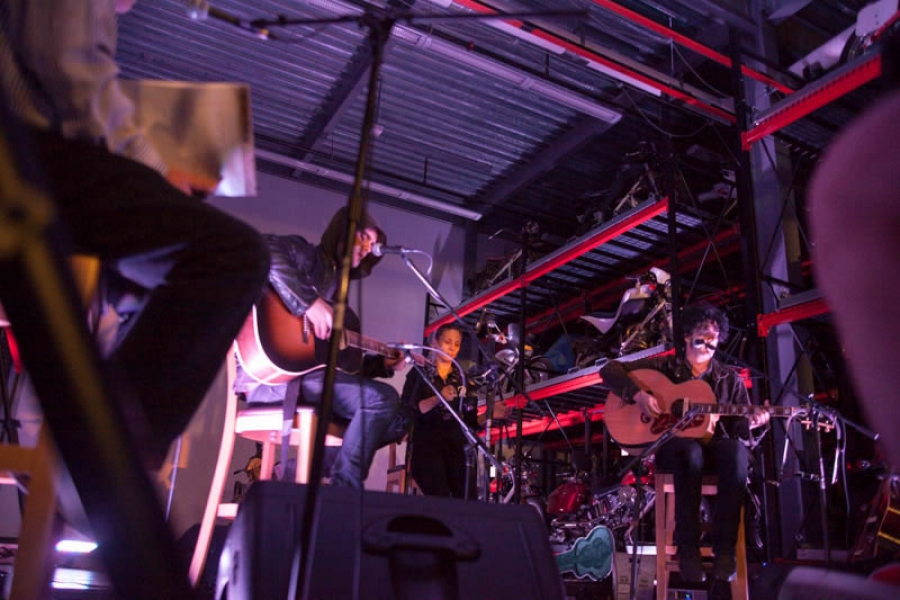 July 4, 2013 - A special stripped-down session today from Black Rebel Motorcycle Club recorded at the Harley-Davidson Museum in Milwaukee. The band, performing today as a trio, has been together since the 90’s.

. The album is the first since lead singer Robert Been’s father died suddenly of a heart attack while the band was on tour in 2010. Michael Been was the bass player and singer in The Call and very involved with his son’s band and was mixing their live shows at the time of his passing. The band performs The Call’s “Let The Day Begin” in tribute. Thanks to our affiliate 88Nine Radio Milwaukee for working with us on this special interview and performance.

LISTEN to the full session, PLUS a Web Extra - the song, "The Knife" on WorldCafe.NPR.org.

Recent Release: Specter at the Feast

More in this category: « Holly Macve On World Cafe Duane Allman - The Greatest Slide Guitarist Ever »
back to top
Site Map | Help & FAQs | Privacy | Contact | Playlist | Public Inspection File | Public File Help
Copyright 2022 WXPN-FM / The Trustees of The University of Pennsylvania, All Rights Reserved
XPN.org is made possible with the generous support of XPN Members and our Business Sponsors.